So last night was the Gloriana concert at Aliante. Hate driving that far north for a show, but since the casino is smaller and the venue is just a showroom, there really aren’t any bad seats and it’s way less crowded. Tickets were also pretty cheap ($35 for the closest seats). I’m playing around with the Nashville filter today because it just seems appropriate. 😛 So far I really like it.
The show was awesome! They did all their best songs and a few really awesome covers. The band was really personable and the audience was really great (not a lot of crazy drunks). 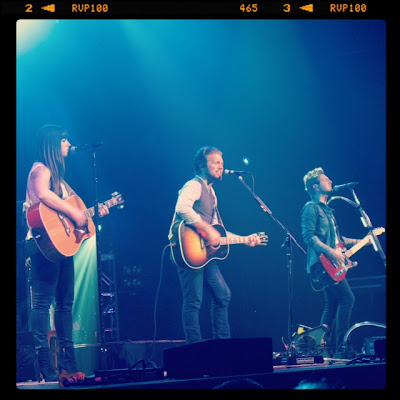 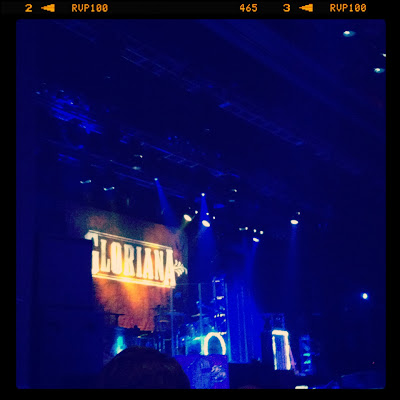 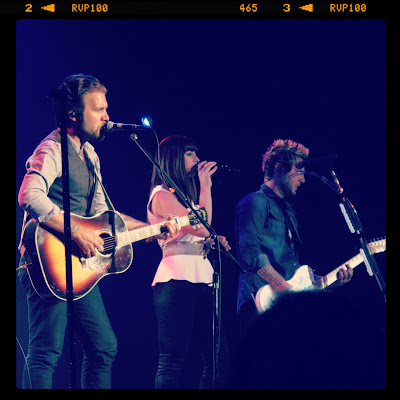 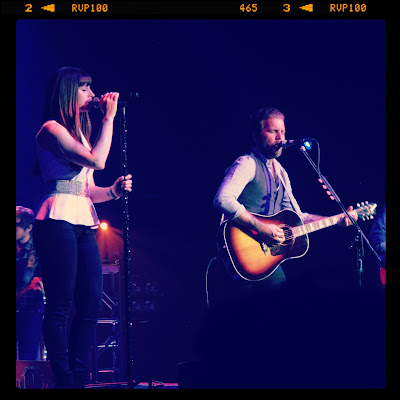 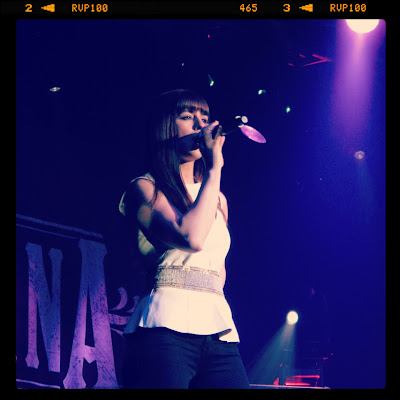 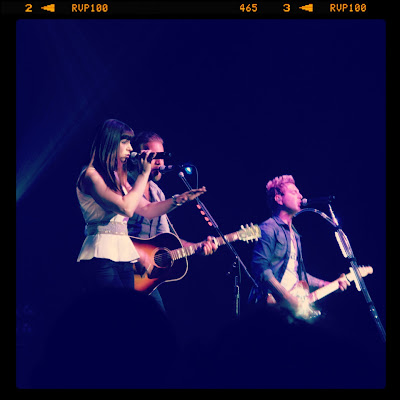 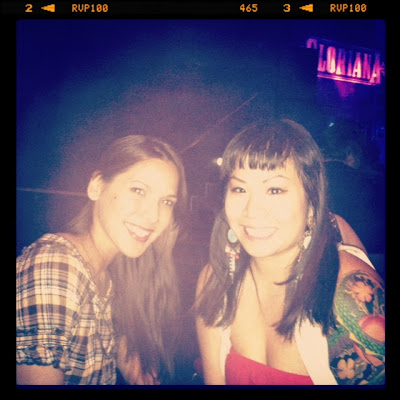 I’m excited today because I finally get to bring home my computer!!! Yay!!! What an ordeal- Friday, I brought it in to Apple to have the battery replaced. Tested it and it worked fine, they said the fan would need to be replaced in a little while. Brought it home, charged it, tried starting it… Nothing. Brought it back. Fan needs to be replaced NOW. Leave it overnight, get a voicemail saying it functions, directory damage on drive needs to be fixed but not right away. Test computer. Still doesn’t work. I am told (and not very nicely) that the damage needs to be fixed NOW. They need to erase the drive and reinstall the op system. This guy cannot explain why they didn’t find the damage before when they ran the diagnostic and (rather rudely) says that nothing will be restored. I leave and listen to the voicemail again and everything conflicts. I go back in and ask for a manager. The sales associate who helps me now is nice as can be, as is the manager. They bring over another tech and he runs a more thorough diagnostic. Turns out my drive is failing and doing what was recommended would only have resulted in me coming back AGAIN. He checks on my back-up and we discover that it wasn’t too long ago. The manager has them do all the repairs and replacements for free AND they upgraded my drive. Not thrilled that it took four attempts to get it fixed but the service I got on my last visit MORE than compensated me for the time. All in all, I’m quite happy with the turnout. Well played, Apple. Well played.