On the very slim chance Marc sees this… Look away honey, don’t read this, it’s boring. Who am I kidding, he wouldn’t be caught dead reading my girly little blog. 😛
Anyway. I LOVE CHRIS YOUNG. LOVE LOVE LOVE HIM. He is beautiful, he is talented, and more than anything, he is just the nicest guy ever. I’ve been fortunate enough to meet him twice before (during ACM weekend this year and last) and he is just so genuinely sweet. I’ve flown all the way to Texas just for his shows so even if I wasn’t a huge Brad Paisley fan (which duh, I am), I would have gone to this show just for him.
My partner in crime Becca mentioned two weeks ago that Meet and Greet passes were opening up so we decided to try our hand. I was more interested in Becca getting them then me so I wasn’t too concerned. Imagine my surprise when I got an e-mail three days ago saying we were in!!!
We picked up the passes and instructions early so we could grab a quick bite before the doors opened. There were about 30 of us and one of the tour staff brought us all backstage. I’ve never seen the production areas backstage before so this was pretty cool.
Chris as usual was a total sweetheart. We chatted a bit and he remembered me from his table at breakfast back in April (especially when I mentioned our juice cleanse conversation). I think he gets more beautiful every time I see him. I offered to stand on a chair so he wouldn’t have to bend over but he didn’t mind at all. We were all allowed to have something signed and the only thing I had was my VIP pass which I stuck to the hem of my dress, so basically, Chris signed my leg. Epic. 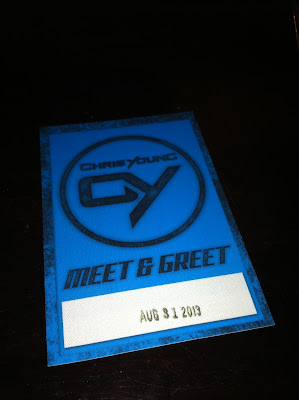 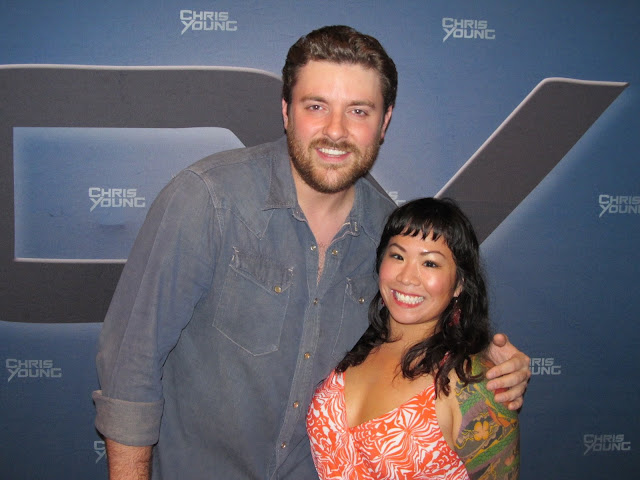 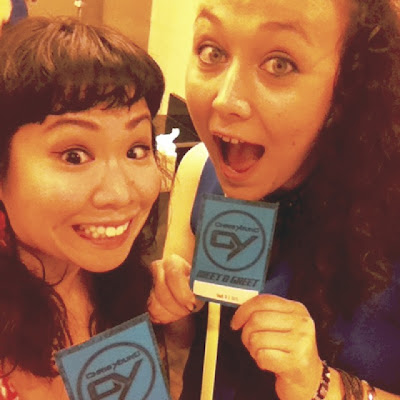