The time I filmed a workout video with the Chippendales.
That sentence looks like a Mad Lib.
Back when I first met some of my friends at the show, they were setting up a workout video. I was picked to film in it with them and though scheduling moved around and I couldn’t commit to the whole series, since I knew some of the guys, I got to swing by the set for one day.
I already have a hard time working out in the main parts of a gym because I don’t like attention or feeling like I’m being watched. Imagine how it is learning brand new dance moves that are being taught to you by Chippendales that you know while being filmed. SO AWKWARD. But fun. And I met one of my Valeries!
The video to this day has still not been released and we sometimes joke about it. If it ever does come out, it’s seriously a legit workout. And I hope they edit me out of it. 🙂 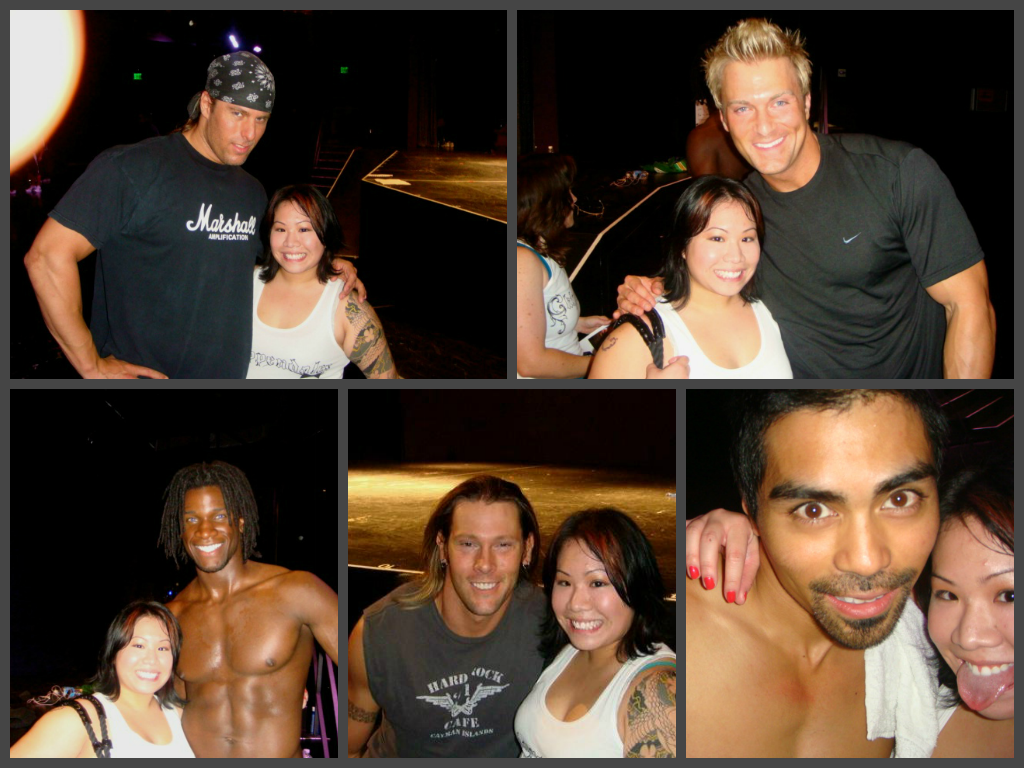