My biggest fear is losing the people I love to death. I worry about that all the time. I’ve been fortunate, I haven’t lost many friends or any immediate family. The people I care about are very important to me so losing them would devastate me.

On that note, I’ve lost a lot of loved ones for other reasons. I’ve come to find, when you lose someone you care about to something other than their untimely death, it’s typically a good thing. The people that are no longer in my life due to their choice or mine were draining. Life can only be better when these negatives are removed from your life.

A couple months ago, Dierks Bentley cancelled his Vegas show and I was so bummed but then I saw that he had his Miles & Music for Kids show in Nashville right around the time I was planning to visit my beloved Becca so it was a no brainer.

After a major panic attack when my flight from Chicago was cancelled (yes, this was right after the fire when their airports were closed), I got rerouted through Houston and still made it in time to walk straight through the gates at Riverfront Park and get a great spot. The event was awesome with great performers like Jon Pardi, Randy Houser, Kip Moore, Chris Young (my FAVE), and of course, DIERKS.

When the show ended around 7PM, we were starving. We hit up Rippy’s on Broadway for some BBQ and Honky Tonk Lemonade. I’d been to Nashville several times but never got to explore much since I was young and my mom is not exactly a country music fan (weird, right). We hung out at Tootsie’s for a bit and enjoyed the music all around us on the patio before finishing the night with ice cream. Because, well, ice cream, right? 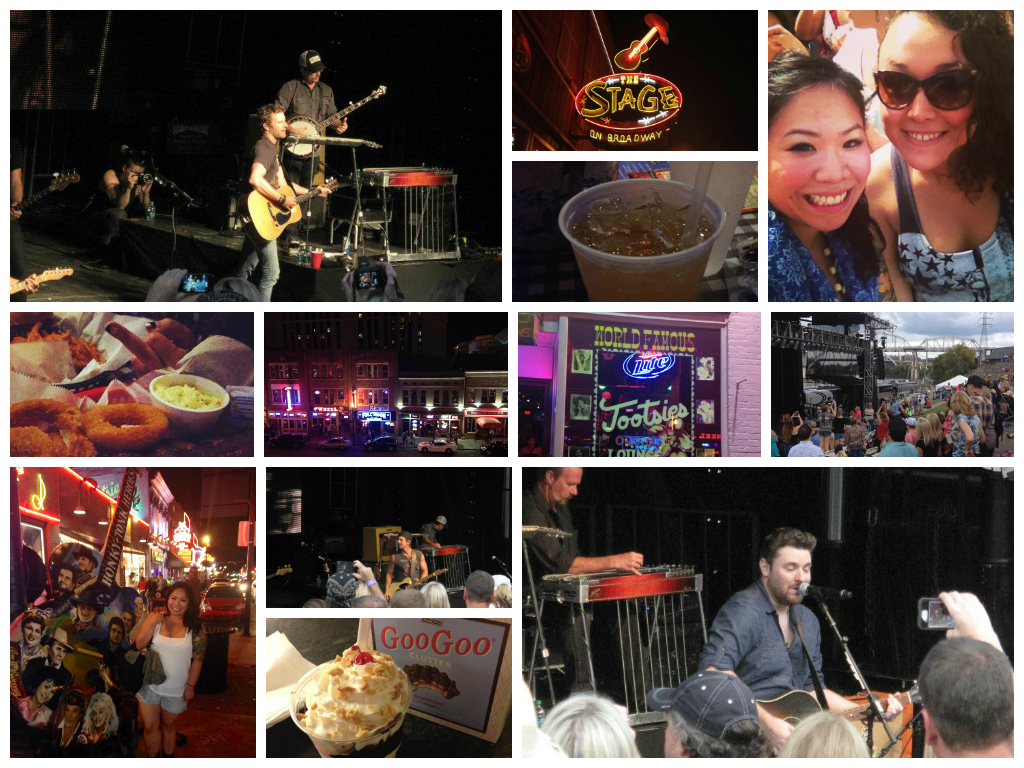