The time Mandy Moore released a clothing line and did a private show and we got invited somehow.
So when you’re on nightclub mailing lists, you get odd invites for random things. In this instance, it was the launch for Mblem, Mandy’s new clothing line. The event was a private fashion show and concert at Ghostbar, one of the clubs at the Palms.
Back when I was like twelve, I looooooved Mandy Moore. I wanted my life to look like her Candy video. The closest I got was my VW Beetle.
Melissa and I decided to go since it wasn’t a super late event and it looked interesting. It was not crazy packed. The clothes were cute and wearable. The concert was actually pretty fun. Mandy’s sound has changed so much over the years (thank God) and the folksy acoustic sound was really nice.
And yes. She sang Candy. 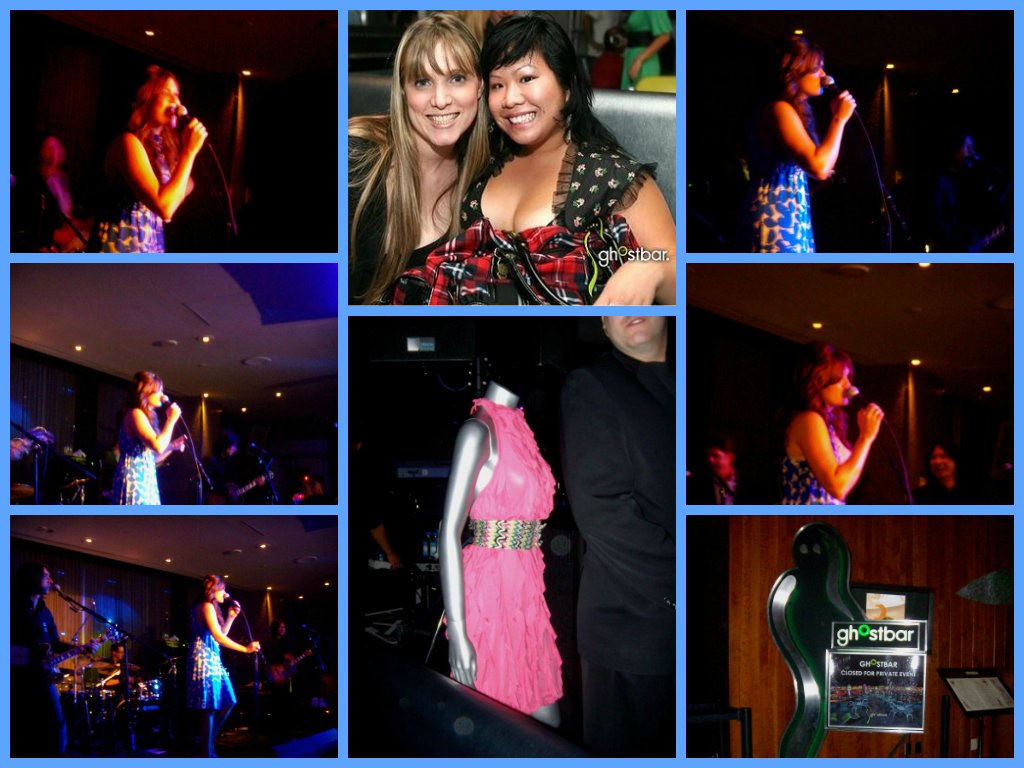