The time they put a skating rink in the parking lot at the Hard Rock.
I swear, 2007 was the most random year ever. That year Hard Rock closed off part of the parking lot (which no longer exists actually) and turned it into a big skating rink. It was actually the first random seasonal casino skating rink we have had I think. Now Cosmopolitan and Venetian do them for the winter season, but Hard Rock did theirs first!
Sitting on Santa’s lap is creepy when you’re over twelve years old. Just saying. Don’t do it. 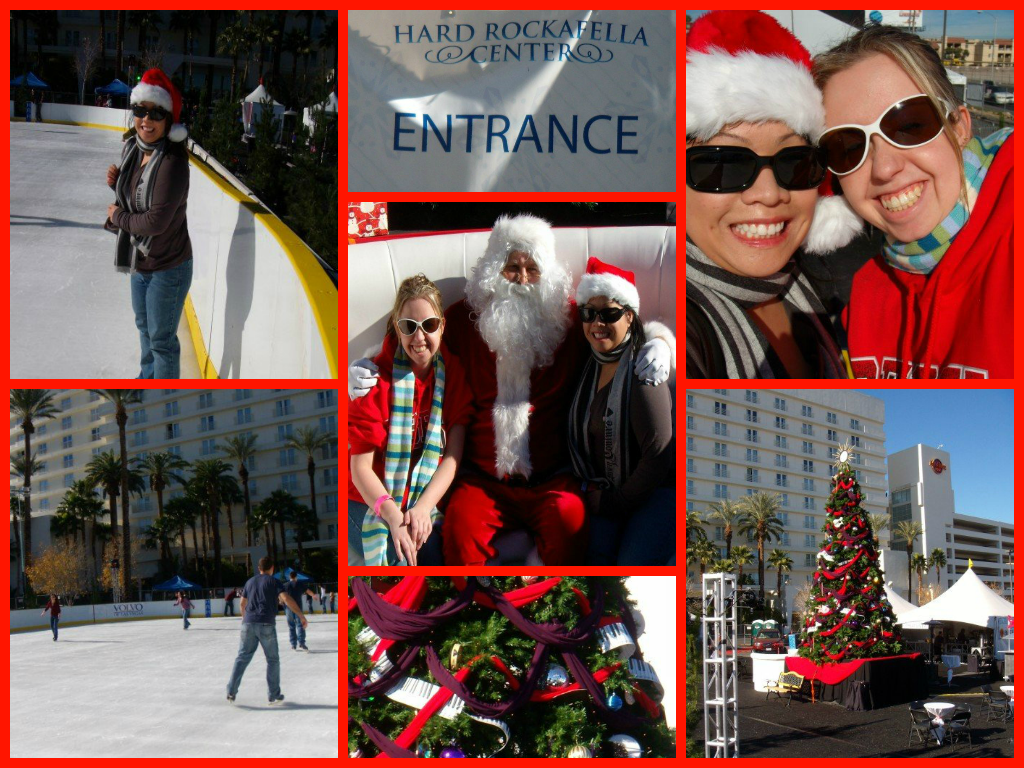