After bingo, we headed back to the room to get ready for our meet and greet with Tyler and BK.
We had all received a scheduled time to show up for the meet and greet. When we got there a bit early, they let us right in and while the line looked insane, it moved super fast. You could tell a bunch of people were nervous but having met the guys before, I wasn’t tooooooo fazed. I think one of the best things for me on this trip was having already met all of the artists I really liked so there was no pressure to take pics or anything like that.
The guys were super cheerful and happy and for some reason, our pic took about three times longer than everyone elses’. The photographer had to redo his settings and turn on the flash and I think BK blinked too much (he kept saying “my bad” and “your bad” whenever we had to redo). After the second take I realized I should probably be chatting with Tyler so we made some small talk about what an awesome time we were having. After the early meet and greet they called for everyone to go up to the pool deck for a toast (they sure liked having us all drinking).
We grabbed lunch before the Tyler Farr show. I was right in front in a great spot but I opted to wander the ship a bit. Ran into a couple of my friends and a guy with a super awesome horse mask. I enjoyed the early sunset and a pina colada from an amazing spot on deck (spiked myself). 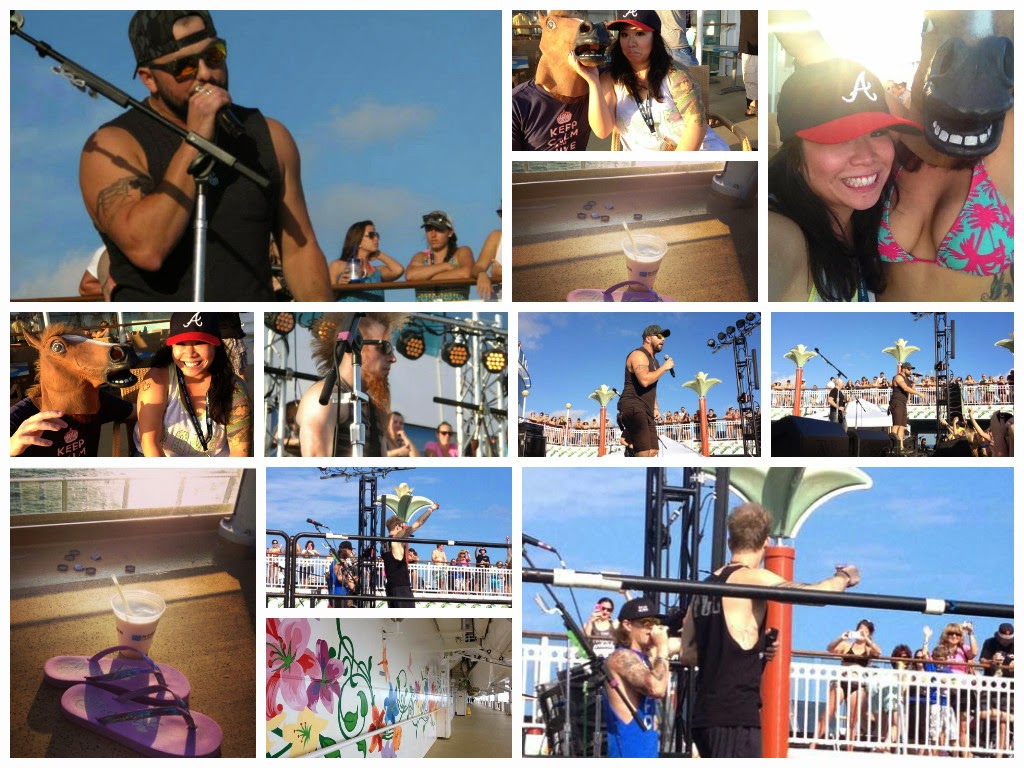 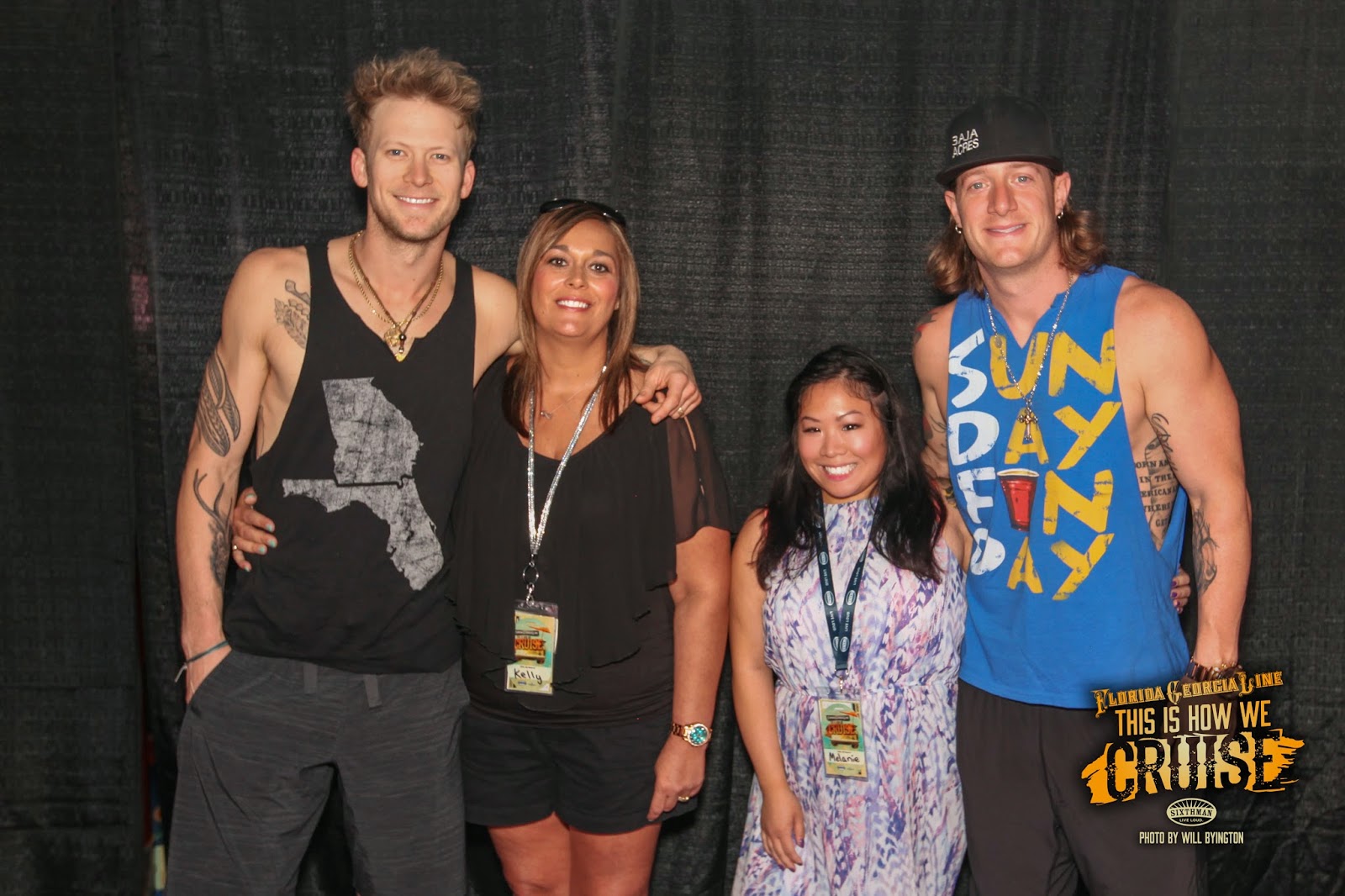 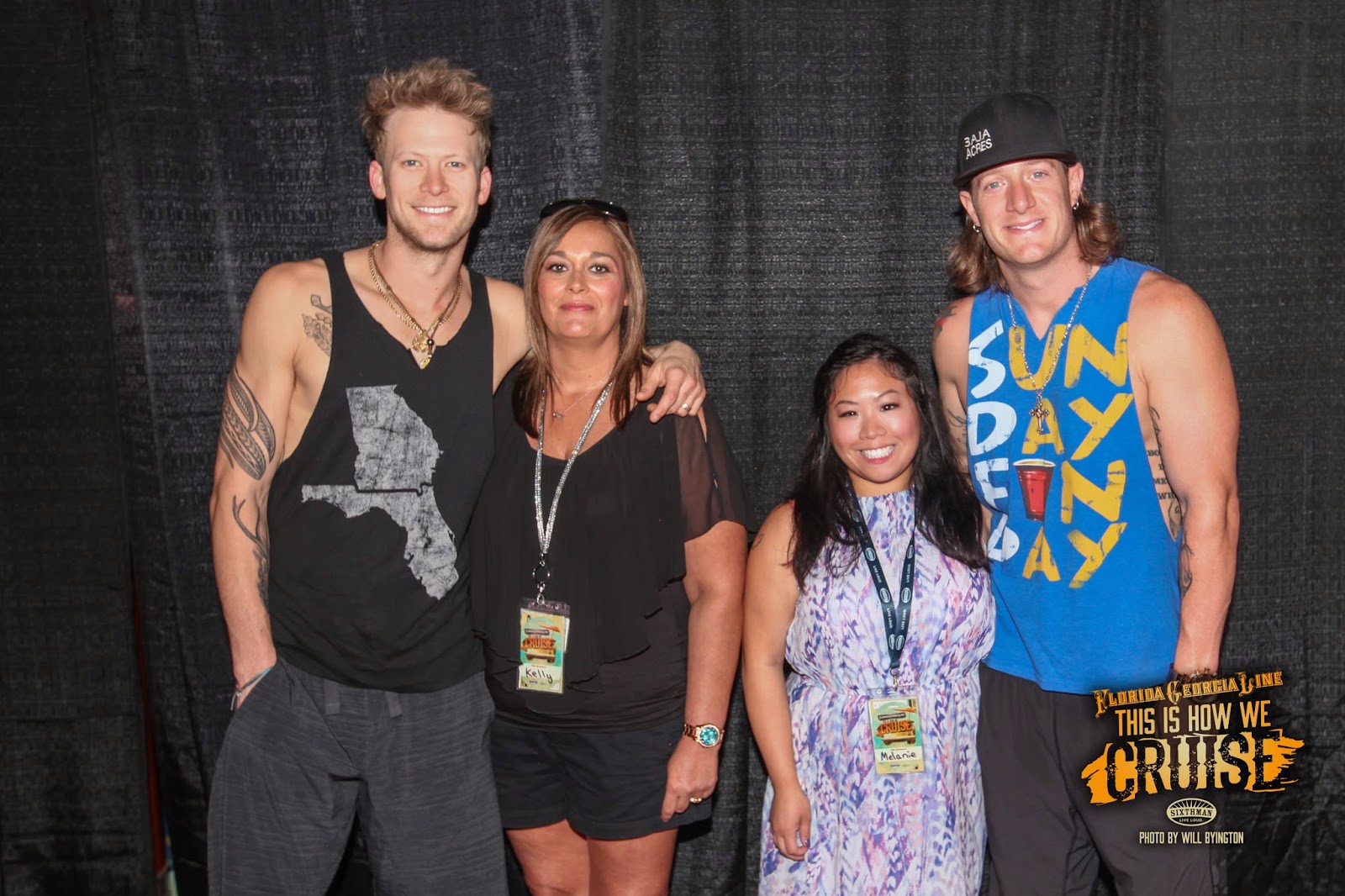