Ok, you guys all know how much of a geek I am.
I found out last month (late, I know) about Wizard Con. I had toyed with the idea of going but the thought of crowds and spending a whole lot of money wasn’t too appealing at the time.
Well, the Thursday before, I decided what the hell and bought a ticket for the Sunday. The event was three days but since I was working, I decided to just go the one day. Yes, I spent a lot of money. I decided to bite the bullet and buy a couple photo ops and an autograph with some of my fave Walking Dead cast members. 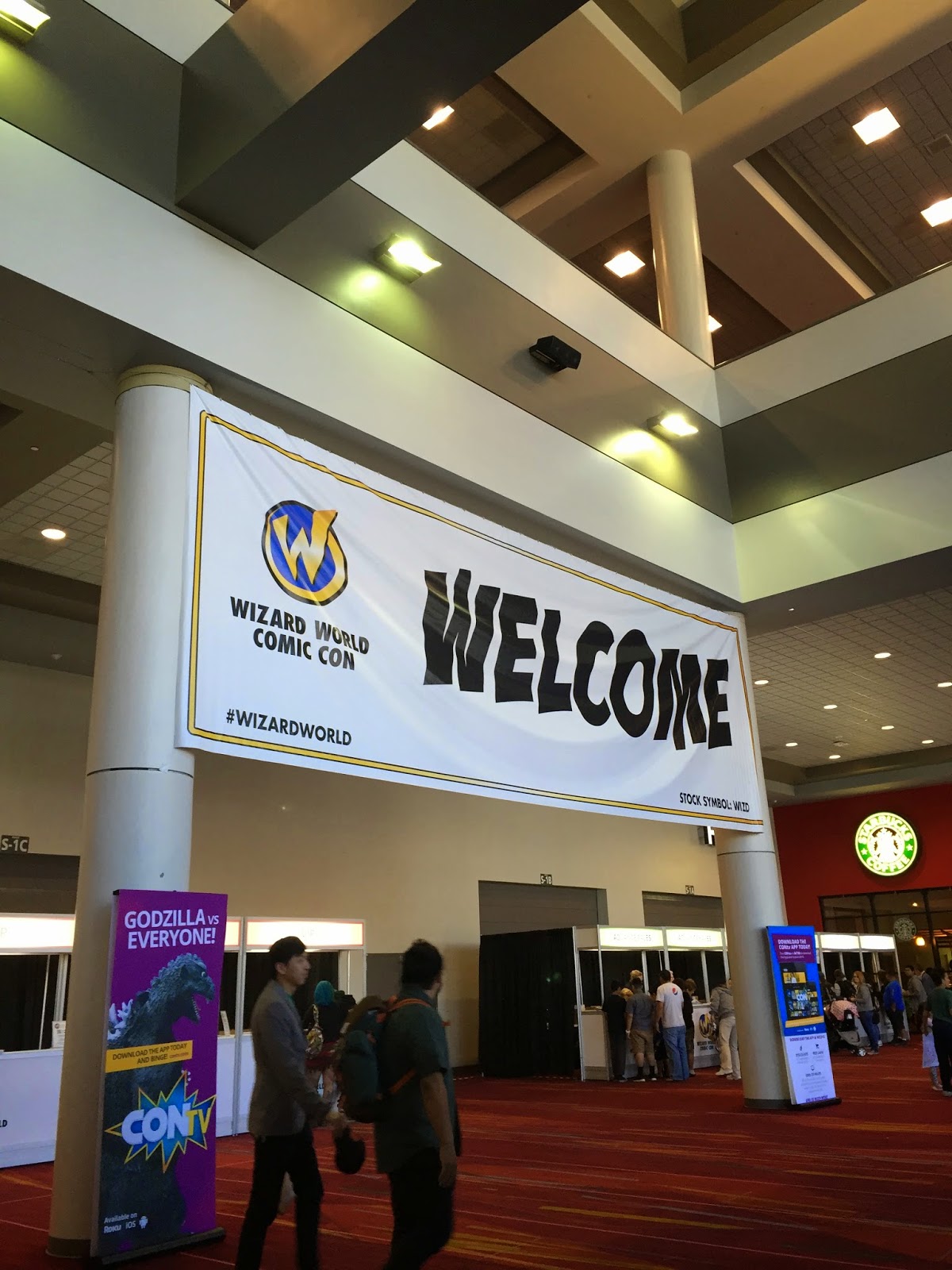 When we got there, the place was empty. Granted, we got there at opening, but still. I was amazed at how organized the convention was and how laid back everything ended up.
We immediately traded in our tickets for the photo/autograph vouchers. We had some extra time at this point and were able to wander a bit before getting in line to meet Michael Rooker who was super funny and downright awesome! 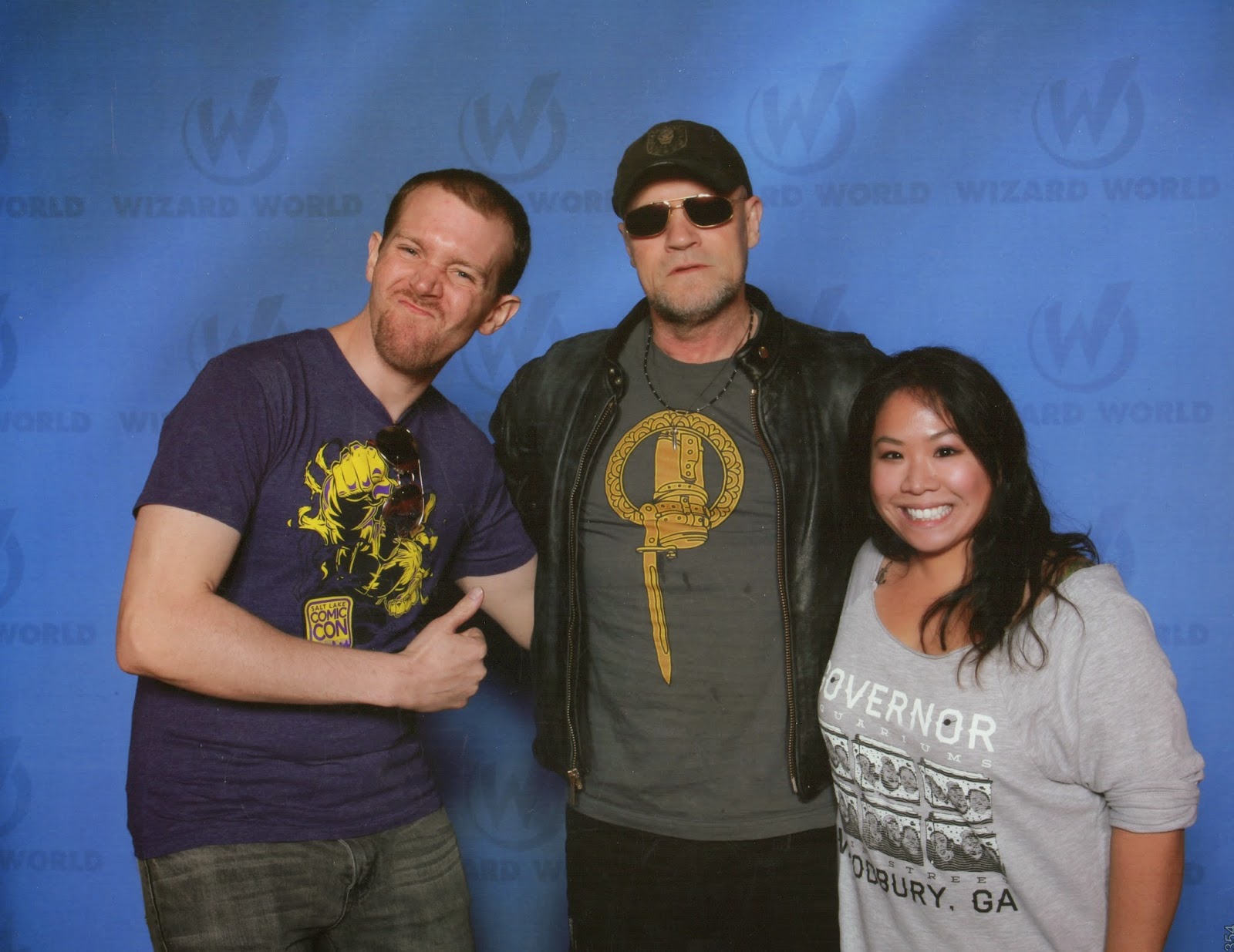 While I got in line to have my walker aquarium signed by David Morrissey, Mike walked around for a while. The line was short and I noticed that “The Governor” was taking his time chatting with everyone and just being wonderful and super nice. When he saw my paperweight he got excited and asked to take a picture since he’d never seen it before (he even posted it on his Instagram!!!). We chatted about Senoia and the show and he left the coolest inscription on my aquarium. Since my friend Mike was actually the one who got me the paperweight for Christmas, David even asked him where he got it when we took photos later. 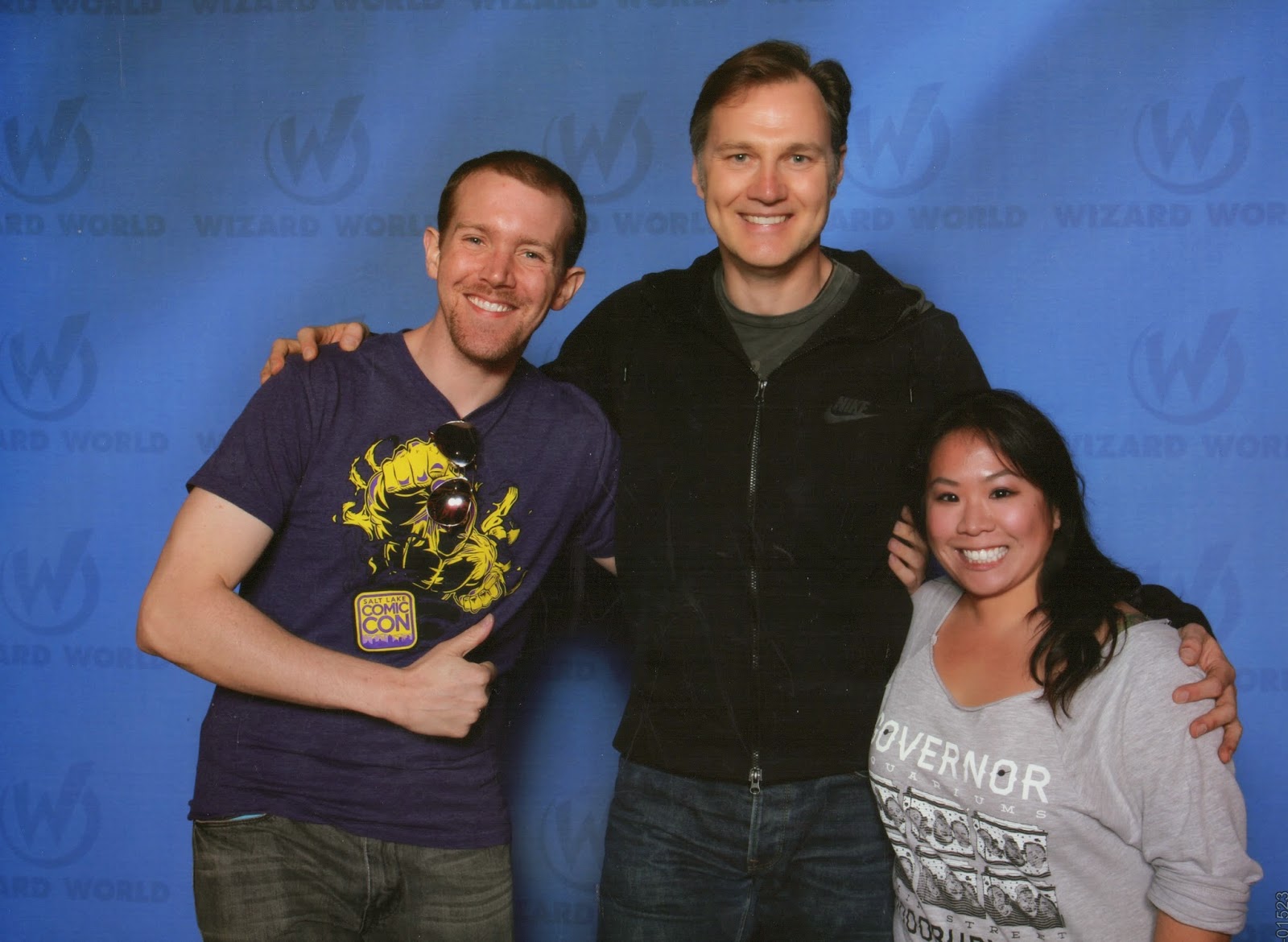 At this point, we’d done most of what we came to do which was much faster than we expected. After our shopping, I noticed there was no line for Milo Ventimiglia. Having been a huge Gilmore Girls fan (and a current Gotham geek), I “sprinted” (Mike’s words, not mine) to his line. Milo was super nice and funny and knowing I was watching Gotham, he flipped over the show still to avoid spoilers for the episode that was airing the next day.
We clearly got a little selfie happy. Such a sweet guy! 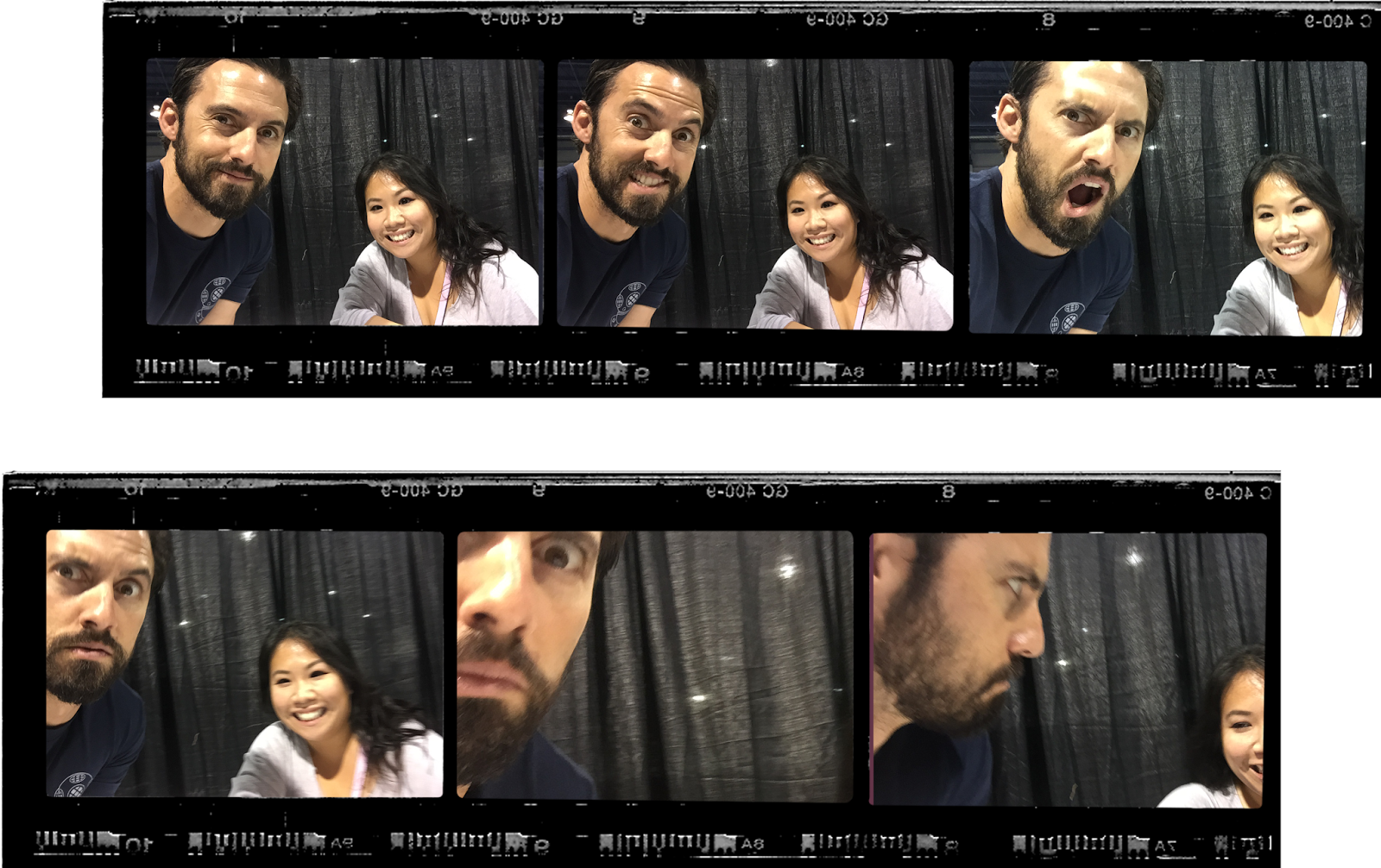 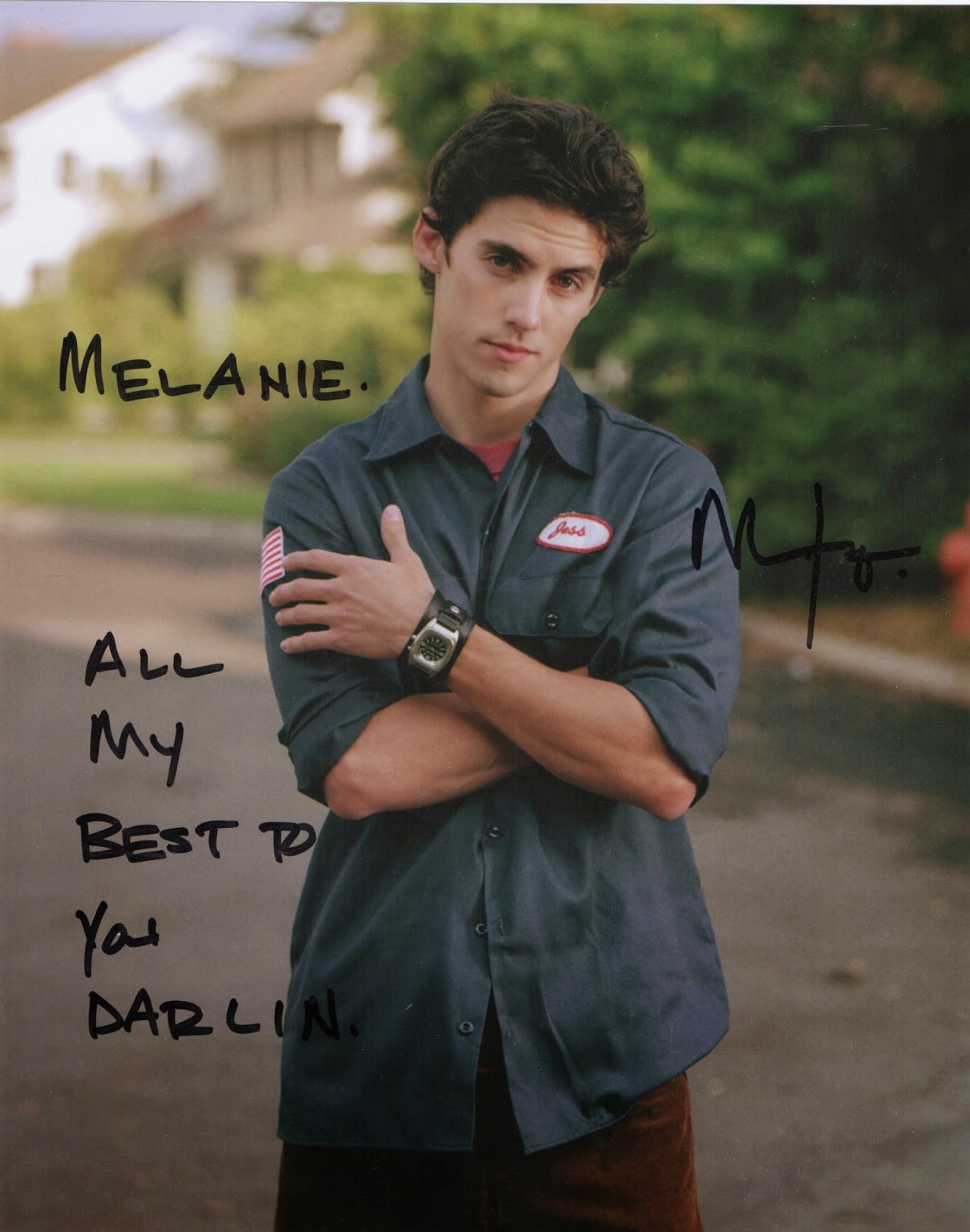 Overall, Wizard Con was even better than I expected. Cannot wait for next year!!!