After our ice cream, we decided to utilize the cute retro style pool at the hotel. 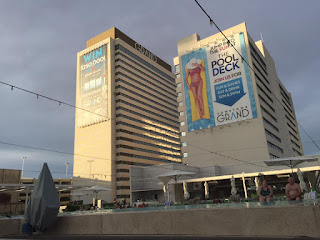 Because who doesn’t love going directly to the pool after a large meal? 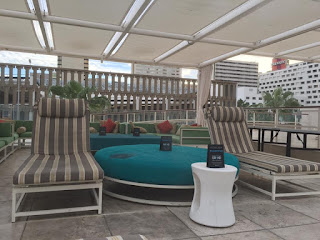 The temperature was great and it was overcast enough that the sun wasn’t hitting us too hard even though it was late afternoon. Corey’s beers were $2 each and frankly my pina colada was a bit of a steal for Vegas at only $8. 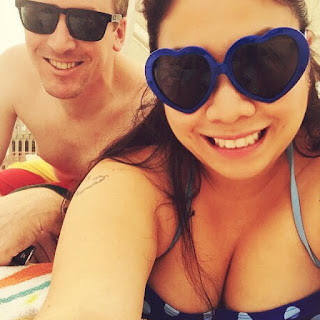 I do love travel planning by the pool. 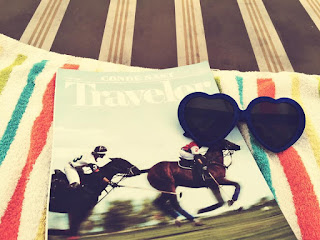 After sunbathing we enjoyed watching the downtown area light up. 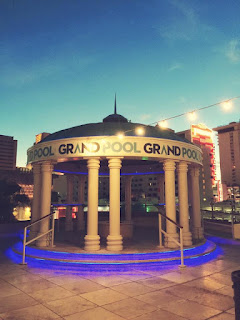 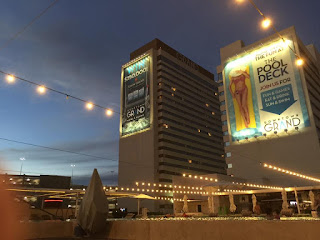 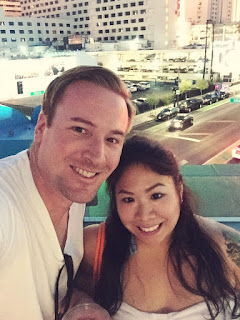 We changed and headed to dinner at the restaurant downstairs. The 24 hour cafe S+O not only had a great prime rib special for $9.99, we also had a free dessert (which we took to go). 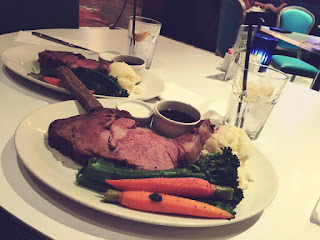 Also, the best buffalo wings I’ve had at a hotel in Vegas. Ever. 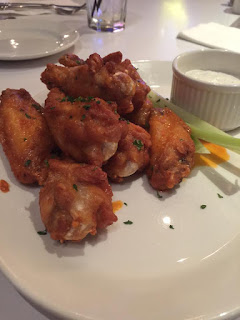 We wandered Fremont Street for a bit playing tourist. Corey and I had never been downtown together before so it was nice to walk around and just take in the weirdness that is downtown Vegas. 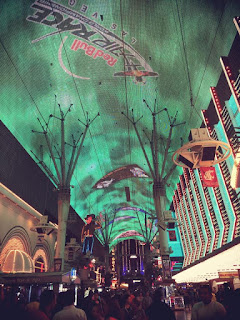 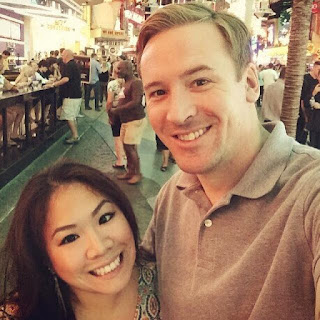 We made one last stop at Du-Pars inside the Golden Gate Casino for some pie. I’d heard that the pie here is really great and I know my boyfriend likes pie so we thought it would be a great way to finish off our evening. 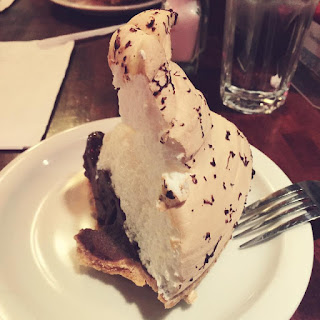