To start on a completely unrelated note- Today I turn 30!!!
It’s also NFR time here in Vegas so there will be all kinds of crazy country music/birthday posts coming on in the next few weeks! I’m trying to go hard on birthday stuff this year since it’s a milestone; however, I realize my energy level isn’t what it is a year ago so… Kind of old ladying it up a bit… Happy 30 to me. LOL
Anyhow, on to the cruise day 2!
This cruise was very different from the previous one. Part of the reason would be because I had a horrible sinus infection and just did not have the energy to be out and about as much as I had the previous year. Also, since I brought my mom with me, I always had company if I wanted to just chill in the room so I spent a lot more time in the room.
I got to sleep in a bit before we had our meet time with Florida Georgia Line. This definitely helped.
The guys were (as always) super chill and nice and really sweet to my mom. 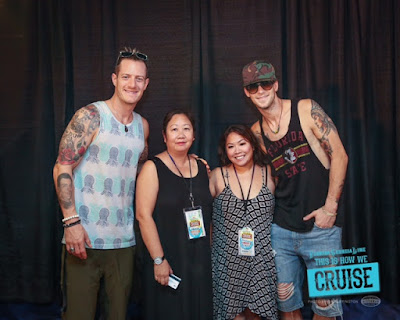 I caught a bit of the Chris Lane show later on and it was awesome! He did a great medley of songs including I Want It That Way and Bye Bye Bye (complete with dancing). So much fun! 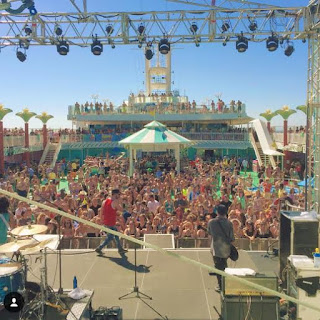 After lunch, we hit up Bingo in the showroom. Dustin Lynch was a great host; however, nothing beats the sheer awesomeness of Cole Swindell and Thomas Rhett hosting bingo. 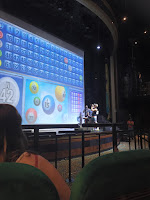 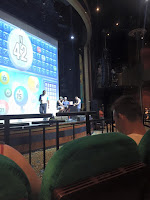 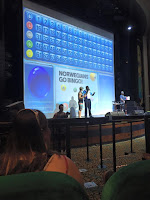 My original plan was to see Frankie Ballard and then Eric Paslay but by 10PM, I felt like a corpse so I only made it for Frankie. So much fun and by the second verse of his opening song, he had already blown out the bass guitar amp. Too funny. 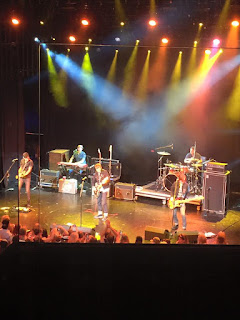 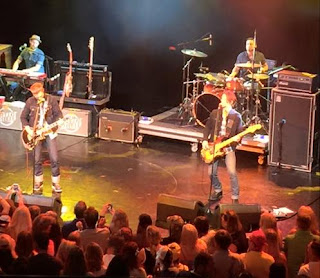 BTW, it was movie theme night. Clearly we went with Harry Potter. 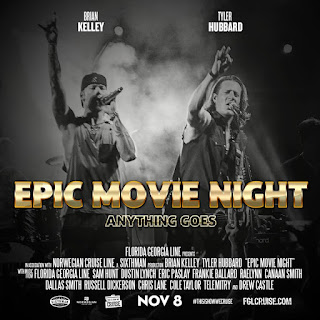 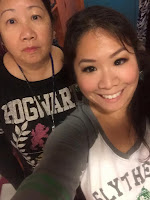 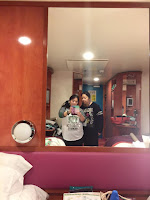