Welcome to another What’s Up Wednesday!
Some of my recent travels haven’t quite made it to the Travel Guides because they were too short or not sufficient enough to warrant a guide. Those visits will often get highlighted here on Wednesdays so I can still share them!
For instance, our first stop on a major roadtrip Corey and I took back in late June. On our way north, we made a quick stop in Goldfield and Tonopah for gas, a snack, and to see some of the offbeat attractions. Goldfield is one of Nevada’s more famous ghost towns and rightfully so. I don’t usually encounter a lot of hair raising creepy things on my travels, but this one left both of us more than a little creeped out. 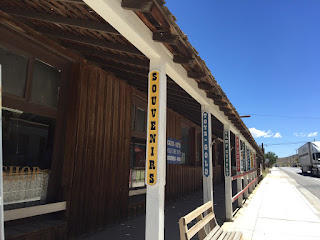 We stopped first at the abandoned and condemned Goldfield Hotel. I took a couple photos of the building and Corey took a bunch of frames on his fancy camera. Didn’t notice anything too weird. Later that night, Corey noticed in one of the third floor windows some weird shadows that changed between frames. I zoomed in on my iPhone pic of the same window and also had a strange shadow that was slightly different. Both shadows looked like faces, but two different faces. My photo was taken before Corey had put the lens on his camera so it wasn’t taken at the same time and definitely from a different angle (Corey is much taller). We still aren’t sure what we were seeing but it was certainly very strange. We did a little research and guess which floor is said to be the most haunted with the most deaths? Yup. The third floor. 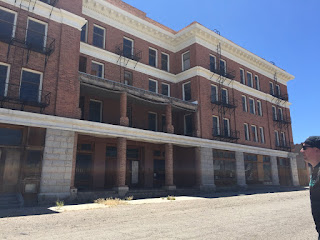 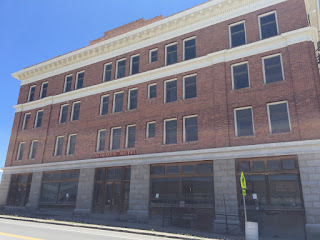 After the hotel, we stopped at the International Car Forest of the Last Church. It’s basically a bunch of abandoned vehicles of all kinds that have been stuck into the ground and painted and tagged. It’s pretty cool and we saw lots of really amazing art that made for really great Instagram pics. We also may have seen a rattlesnake. If you visit, definitely stay on the path and be very aware of your surroundings! Goldfield is not the most equipped place to get bitten by anything. 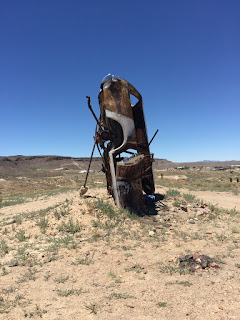 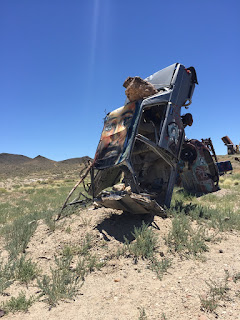 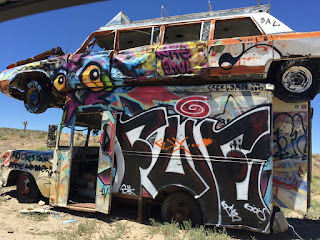 Corey doesn’t like clowns. I’ve never really had too many issues with them (barring a singular case in pre-school when I was like three). That said, Corey wasn’t too thrilled about our next stop, the Clown Motel in Tonopah. When I say stop, I mean we went and parked and took pictures. No way in hell would Corey EVER let me coax him into spending a night here. There are clowns EVERYWHERE. On all the doors. In all the rooms. And to top that off, there’s an old abandoned graveyard that apparently housed bodies from an unknown plague. Even creepier. 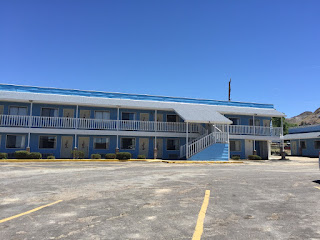 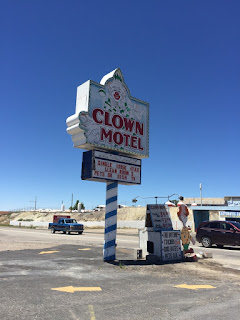 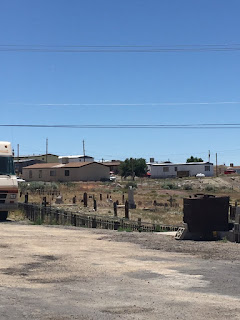