I also love when my friends Carla and Michelle come to visit because they are just as adventurous eaters as I am so we always try out the cool new restaurants in town. Sometimes it’s difficult to eat trendy on a budget but we always split an appetizer or two and one or two entrees (depending on the size) and dessert so it’s fairly economical. 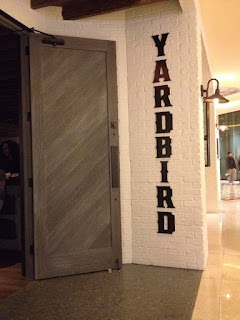 Not too long ago, we tried out Yardbird. I’d seen Yardbird in a few other cities and when they opened up here in Vegas, I definitely wanted to try it out. Lucky for me, so did Carla and Michelle! 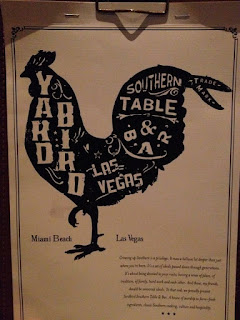 We had the Deviled Eggs and Grits to start. The Deviled Eggs were some of the cutest ones I’ve ever seen and clearly we took photos. They were really delicious too. They don’t skimp on the filling like some other places tend to which was really great. 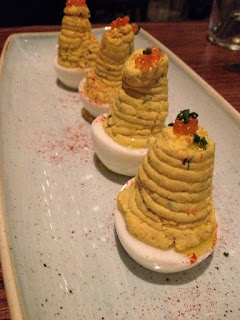 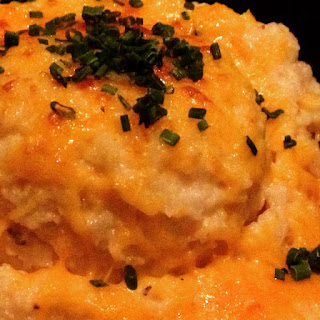 For an entree, we were told the portions were fairly large (plus we really wanted to save room for dessert). We ordered the Chicken N Watermelon N Waffles. What good southern meal is complete without fried chicken? 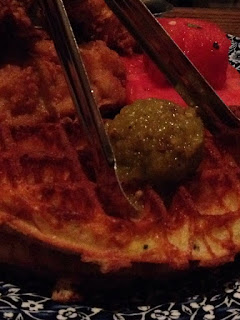 Dessert was the Yardbird Banana Split. OMG. So yummy. It was also super pretty and it really tasted just as amazing as it looked! 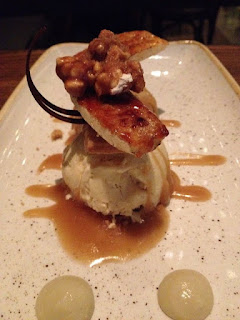 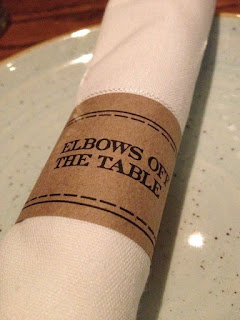