Morning everyone!
When I was hunting through photos for throwback posts, I came across some fun pics from about nine years ago. I hadn’t realized that these photos were so old because it feels like just a couple years ago. Time really flies! 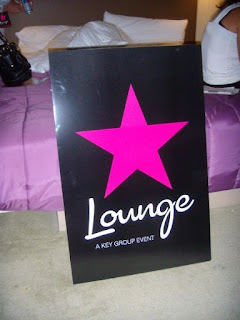 Back in 2007, Vegas hosted the MTV Video Music Awards. This was back when the Palms was the coolest casino to hang out at and emo was really really big. I was wrapping up my coursework at UNLV when I got an interesting e-mail from the university about an internship opportunity for the awards. I was invited to a group interview where we were told about the internship- they needed students to work a gifting suite in collaboration with Rolling Stone Magazine’s 40th anniversary party. We were to help the vendors load and unload the swag for celebrities, retrieve celebrities, register them, and basically walk them around the event. A few days later, I got an e-mail with all the details for the event and what to expect. Sweet! 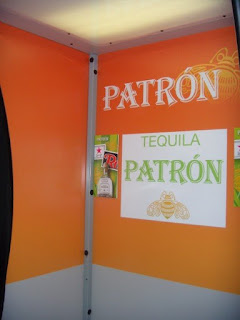 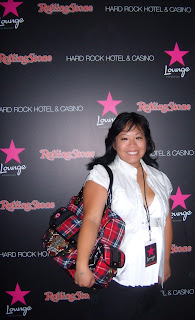 The internship lasted three days. The whole weekend was taking place at the Hard Rock Hotel and Casino. The first day (Thursday), we worked with vendors and got the booths set up and were told exactly what we would be doing the second and third days. There were three tiers of celebrities and corresponding wristbands. Basically, A-List stars had access to free EVERYTHING. There was a private chef making sushi rolls, a Patron sponsored bar, make-up from Laura Geller, jeans from True Religion, all kinds of amazing swag. There was also a Patron photobooth where we were to direct all the celebs to have their photos taken so they could be signed and auctioned off for charity. 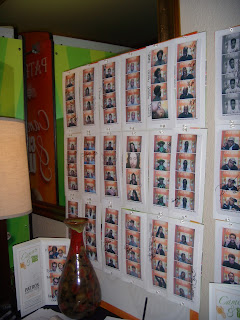 So many photos to raise money for charity!
The second day (Friday) was the first day with the celebrities. I wasn’t sure what to expect because we were given a list of people who were invited. My first escort was a girl from MTV’s Road Rules who was pretty quiet and very cooperative. I also got to walk Snoop Dogg’s manager around (he was super nice and his entourage kept asking me to do shots with them), a major hip hop producer whose name I cannot remember, and one of the guys from a relatively popular show at the time (I won’t say which because he gave me his number and I found out a few days later he had a girlfriend… super awkward). My short lunch break involved me wandering around the floor (our section was sealed off to all other guests and we got plenty of curious people trying to sneak in) and eating handrolls from the sushi chef.
I literally got no sleep all weekend. In addition to the work at the gifting suite, there were some really fun parties including one hosted by Fall Out Boy’s label on the Friday night at LAX Nightclub. I started at the gifting suite at 9:30AM and didn’t leave LAX until like 1AM or 2AM. Oh, to be young and not need sleep! It turned out to be a fun party and I got to meet a couple of my favorite artists at the time (including one of my major emo girl crushes, Pete Wentz). 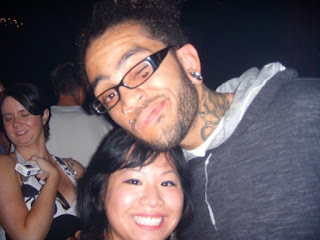 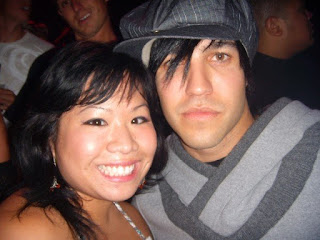 Pete looked sad.
The third day (Saturday) was a lot smoother since it was ending earlier and we all knew what to expect. Dress code was a bit more lax and the routine was a lot easier. I escorted some skateboarder who had a reality show on MTV, D. Woods from Danity Kane, and Lil Mama (she and her brother were really nice, introduced me to their mother, and hugged me at the end). I didn’t have any solid plans for that evening yet since my partner in crime at the time was a notorious flake. A couple girls at the event had gotten wristbands into the private Rolling Stones 40th Anniversary party at the hotel and they had an extra. The party included a free full set from Kanye who was at the very height of his career (I think Gold Digger was probably the biggest thing he would ever do without pissing EVERYONE off) and I wasn’t about to turn down a free ticket to the biggest event outside of the actual awards. After we tore down the booths, we got to grab some amazing leftover swag (I think I left with over $250 worth of free stuff the vendors didn’t feel like packing up) and then get ready for one of the coolest parties I’ve ever been to in my life. And we had brand new clothes! 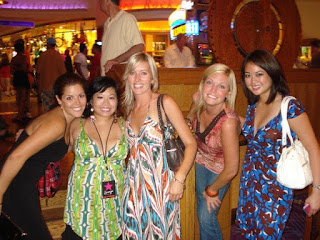 Free T-Bags dresses. So awesome.
The Hard Rock was insanity that night. Linkin Park was doing a concert out by the parking area which was turned into a venue, 50 Cent was doing a show at the Hard Rock pool (famous for Rehab), and The Joint was hosting the big Rolling Stone party. So many people were trying to get in, trying to bribe security, trying to sneak past the ropes. We were right by the front and security literally grabbed my arm with the wristband, held it up, and yelled that if anyone didn’t have that band, they weren’t getting in. I was actually afraid someone would try to rip it off my arm. 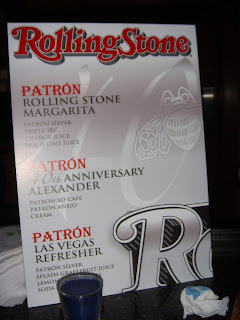 Open bar!
We had spots right in front and had time to observe the room. Usually The Joint is more of a standing room only venue but they had set up tables for the VIPs, there was a big hosted bar, gogo dancers were already in full swing. The show started insanely late and was an absolute blast. I don’t think I got home until around 4AM. Insanity! 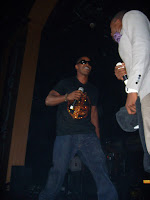 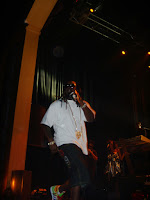 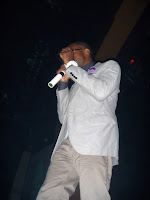 Jamie Foxx and T-Pain even showed up. In 2007 this was a huge deal.
The day of the awards (Sunday), I remember getting a massage to make up for the crippling back and leg pain from being on my feet about 18 hours a day all weekend. My flakey friend had gotten picked to hang out for filming (she ended up sitting at a blackjack table for hours) so I was on my own. I actually ended up getting to see a lot of the random filming around the casino. I even ran into one of the stars of my favorite show at the time, House! 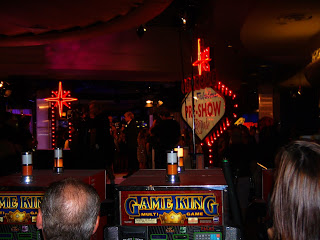 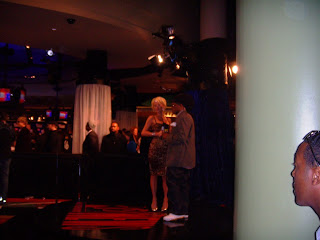 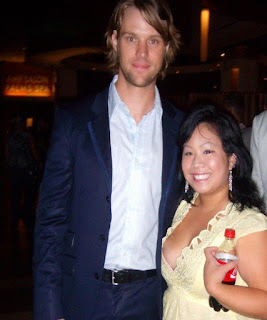 Jesse Spencer and my very unfortunate hair.
All in all, I’m glad I got to do something this fun and interesting when I was still young enough to enjoy it. What an experience!