Bonus Round!
So in addition to the awesome things to see in and around Atlanta, it’s also home to a lot of great filming locations for tons of movies and television shows. Some of my faves are filmed around the Atlanta area so whenever I’m in town, I like to take an afternoon or so to explore them.
The Vampire Diaries
Covington
Okay, so back in 2010 I was a diehard Vampire Diaries fan. When we plotted one of our trips back east to stop in Atlanta, I decided to rent a car and drive over to Covington for the afternoon so we could see where it’s filmed. We ended up with a minivan which was an adventure in itself (I drive a Beetle and that thing was like twice the size) and drove the hour and a half or so from Buckhead to Covington. The town did not disappoint. As soon as we got to the town square, we spotted the famous gazebo and courthouse and of course, the Mystic Grill. Wander through the square and you may still spot Grayson Gilbert’s office! There were a lot of cute shops and little restaurants around Covington as well so check here for listings of the businesses around town! 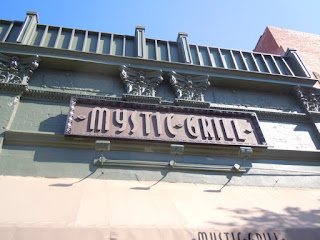 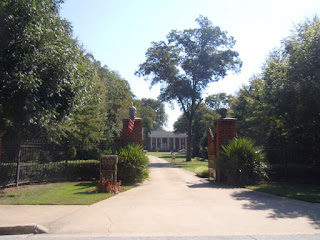 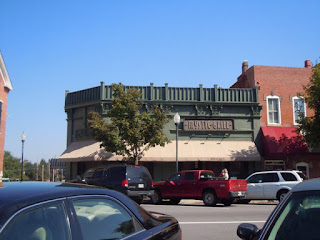 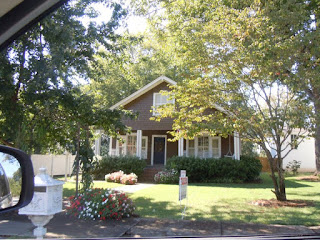 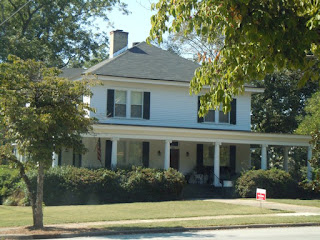 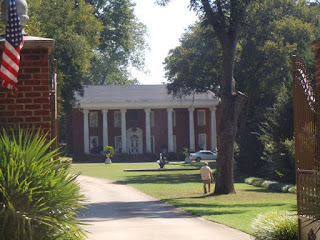 Now this was back in 2010 back when the show was still brand new. Check out Film Covington for some of the updated spots that were used for filming in more recent scenes. I’m not sure if some of these private homes have sold since I was there so I’m super hesitant to share the addresses for privacy reasons but if you drive around the vicinity of the town square long enough, you’re sure to spot them!
If you’re looking for a place to stay in Covington, I have to say, I’ve always wanted to stay at The Twelve Oaks. Not only is it adorable, it was filmed in The Vampire Diaries, Sweet Home Alabama, and Gone With the Wind. Pretty cool, right?
The Walking Dead
Grantville
This town was pretty tiny and super friendly. We got here mid afternoon and wandered over to the Z is For Zombie store where we heard they give tours of the apartment that was used for filming in the episode Clear (the one where Morgan was kind of nuts). The woman in the cafe across the street called up the woman from the shop since the shop was temporarily closed up and invited us in for cocoa. About ten minutes later, our guide showed up, we paid the small fee, and wandered up to the apartment. She gave us all kinds of cool information and then directed us to the other places within walking distance that were used for filming. She also pointed us in the direction of some of the spots that were farther out like the funeral home that Daryl and Beth were holed up in before she was kidnapped. Pretty awesome! 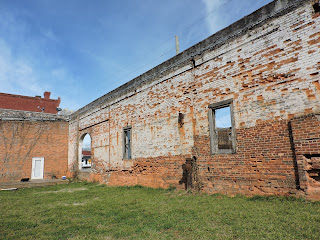 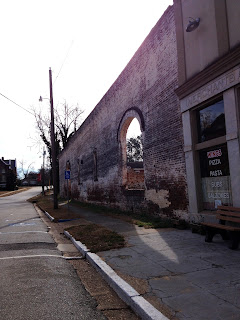 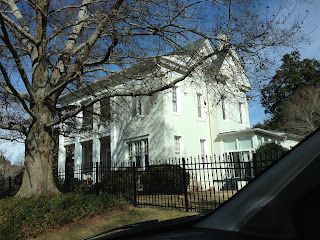 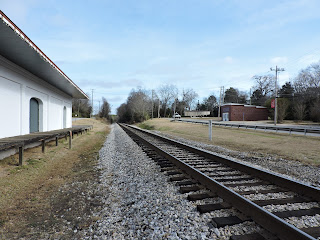 Haralson
We stopped here really shortly just to see the Esco Feed Mill. If we had been here longer, we would have done the tour that’s offered that gives you access to walk around the mill and the other locations. 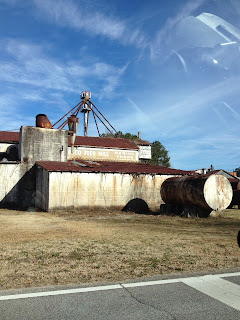 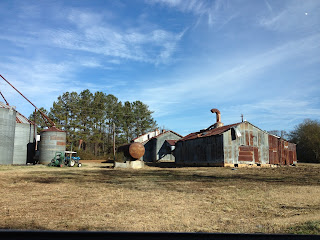 Senoia
This town is adorable. It’s used for filming both Alexandria and Woodbury and I visited twice. The first time I stopped by, the wall for the Alexandria Safe Zone wasn’t fully up yet and sets were still being built. We saw the Chocolate Pudding House and the main entrance for Alexandria. Much of the Woodbury portion has been removed but the coffeeshop still had the Woodbury Coffee sign and a pretty awesome Zombie Dark coffee. 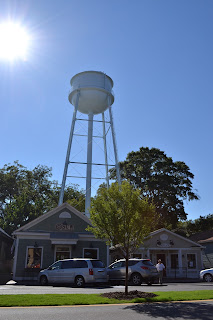 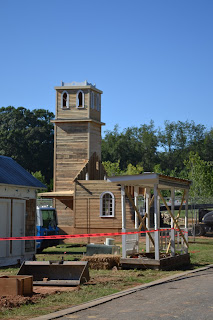 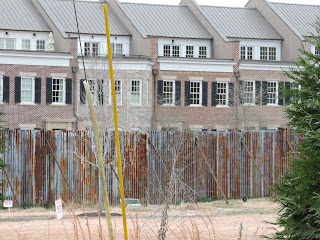 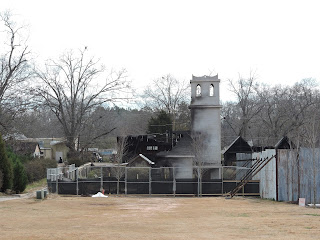 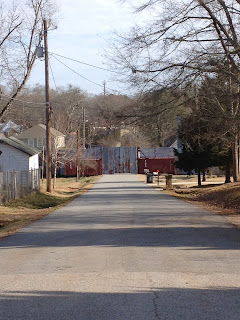 The town has a really awesome Walking Dead store called the Woodbury Shoppe. They have some awesome miscellaneous items and downstairs is their museum where they have actually set pieces from the show like Daryl’s bike and one of the prison cells. There’s also a cute little coffeeshop called The Walking Dead that was all decked out for Christmas and had some adorable themed cookies. 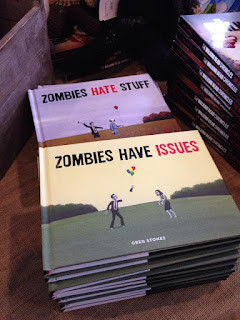 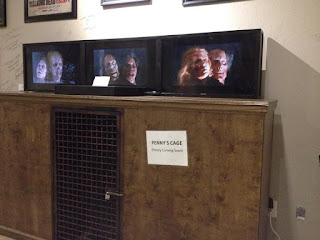 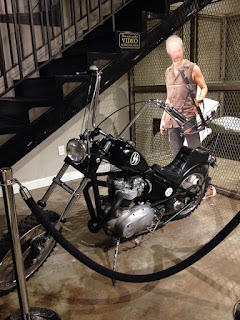 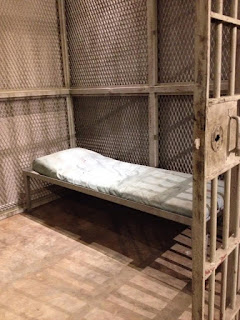 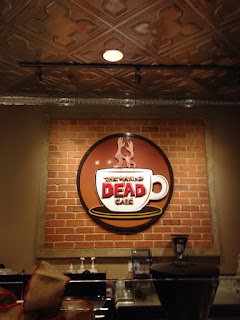 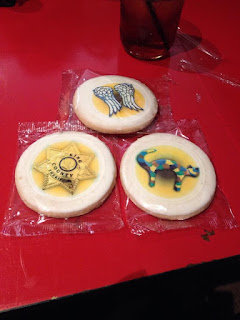 The town just opened up the new restaurant Nic & Norman’s by Greg Nicotero and Norman Reedus so if anyone gets to try it, let me know how it is! When I was there we ate at it’s predecessor, Zac Brown’s Southern Ground which was pretty yummy although the hostess service was weird. We really enjoyed the Main Street Fudge & Ice Cream Shop because they had these delicious fried pies. The town is really cute!
We opted to stay overnight on my second visit to Senoia because I was getting a tattoo in a relatively closeby small town. The Veranda Bed & Breakfast was amazing.  Not only was the staff super friendly and helpful, the room was adorable and the inn was so pretty. It was all decorated and beautiful. The breakfast was truly delicious. I highly recommend it! 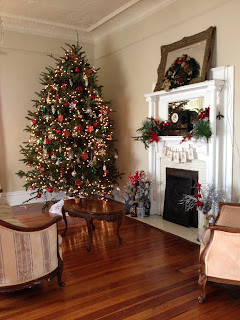 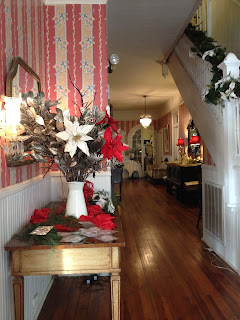 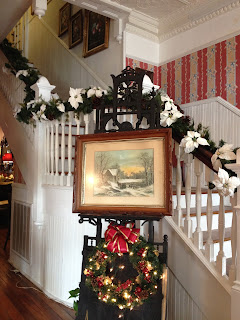 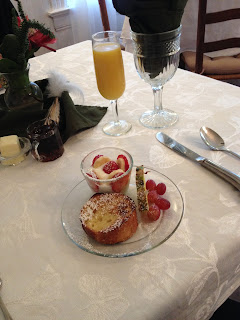 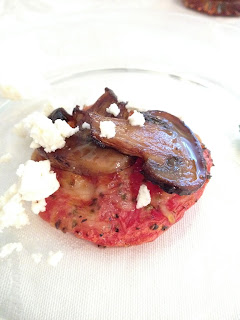 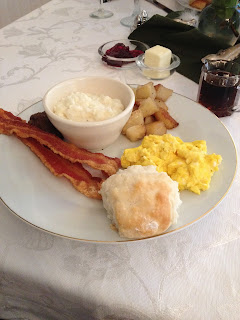 This site was my best friend when figuring out what filming locations to visit! Check out TWD Locations if you’re plotting out your own trip!