Good morning!
Not too much going on here in my world. I did get a fantastic new job! Really enjoying the work and my new managers and coworkers. It’s earlier hours than I’m used to so I haven’t been out and about as much as I usually would be. I am so glad that the summer worked out perfectly in terms of the trips I took between jobs and the amount of time I got to really get things together. The timing was amazing! God is awesome.
Today I’m recapping another portion of my big summer road trip with Corey. After Crater Lake, we spent a night in Madras after a pit stop in Bend. We tried out a couple of really cool beer flights at The Growler Guys which was perfectly complemented with a greasy pizza and great service (even though I did tease Corey for not realizing that the server was totally hitting on him lol). 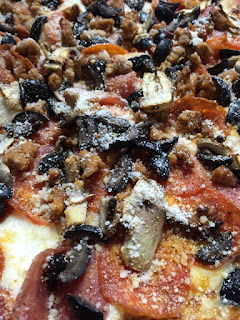 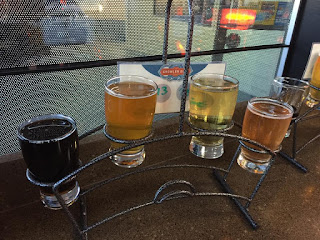 After a rough night (I stepped on a thorn in the hotel room which caused a really bizarre bout of arthritis in that leg which lasted the whole trip), we headed towards Portland. We stopped at Burgerville in a town with a really interesting bridge of bras and had some of the best raspberry lemonade, breakfast burgers, and breakfast bagelwiches ever (seriously, I still dream about that breakfast bagel and wish we’d had time to make a second stop). 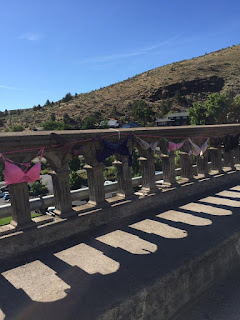 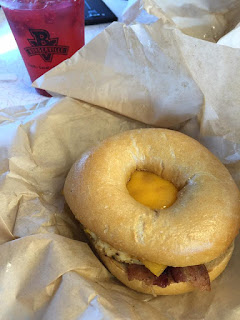 It was a Saturday so everything we did in Portland was pretty crowded. Our first stop was the Multnomah Falls which meant a long search for parking. The sun was pretty high so photos were rough but we also visited the really pretty Horsetail Falls right down the way (which was much less crowded and a lot shadier). 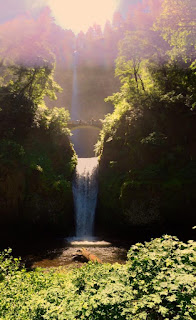 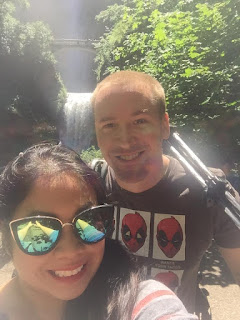 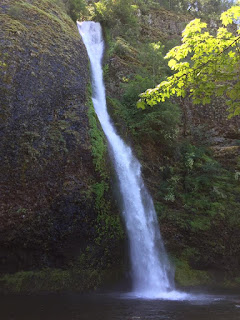 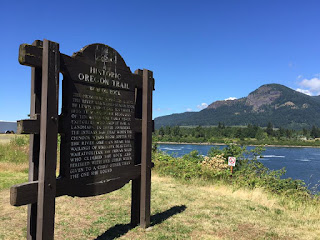 We grabbed lunch at Alameda Brewing (a Groupon find) where we had some delicious whiskey crab bisque and a lobster and crab mac and cheese. The food was really really good and they had some great specials on growlers which we had never heard of until the night before since we don’t have them in Nevada. If we hadn’t been heading through Canada, we would have gotten a few to bring home since we saw some really awesome beers in Oregon! 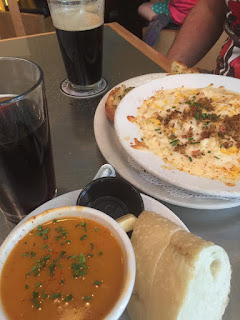 Our next stop was definitely a difficult one. We really wanted to check out the Witch’s Castle in Forest Park. I’d researched all over online on how to get here and I have to say, it was still pretty confusing since we were unfamiliar with the area. If you’ve never been, find your way on the map to NW Cornell and park along the street, then follow the really windy trail down. It wasn’t a difficult hike (well, it wouldn’t be for someone who isn’t asthmatic) but with the brand new arthritis and a left leg that would barely bend, it was really rough. Definitely a cool spot to see though! 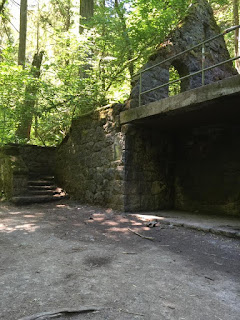 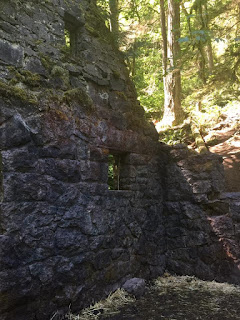 After that hike, we wanted ice cream. No, we needed/deserved ice cream. I’d seen on a ton of lists that Salt and Straw was the place to go and has the best ice cream in Portland. There was a long line but it was definitely worth it. I had honey lavender (because I love anything lavender) and it was amazing. I can’t remember what Corey had because it was gone super fast. 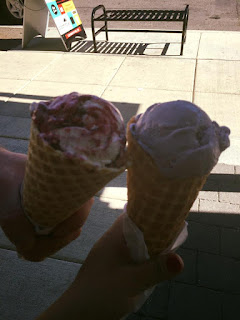 We checked into our Air BnB after this and took a little nap after the long few days we’d had. We had a nice private room at a house outside the city and it was the perfect spot for us to spend a short night since we had a really early morning. If we’d been staying longer, I probably would have picked something closer to the downtown area but this worked out really well and the price was great. 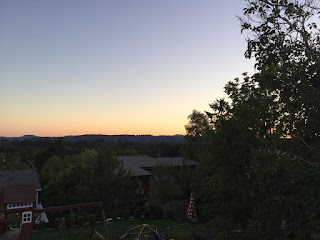 This was our first Air BnB ever and I’d only picked either entire households or private rooms with separate entrances (I don’t like disturbing people or making small talk). Our host had left us very specific instructions that were spot on and we found the front door easily. Everything was super clean and comfortable and outside the door was the most adorable backyard with an amazing view. I think there was someone staying in the room next to us so there was more noise than there probably usually is but we were so tired we didn’t even notice. I linked the room below in case anyone needs an easy and inexpensive option for a stop in Portland!

We grabbed a really delicious dinner at Pacific Pie Company. Really great meat pies (and even more awesome regular pies) and ginger lemonade. The service was pretty awesome too! 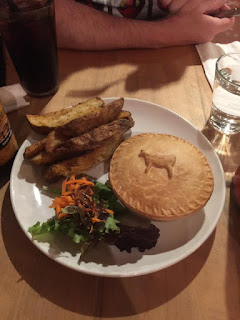 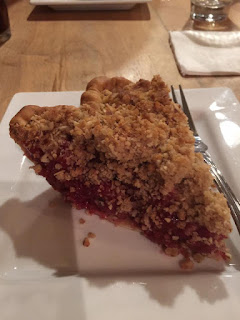 Before heading back to the room, we made the obligatory stop at Voodoo Doughnuts. So glad we did because otherwise, we would have been starving the next morning since we needed to leave Portland at about 4AM. The prices are higher than a lot of donut places we go to but they’re pretty big (especially the cock and balls that needed a layer of its own and almost needed its own box).
So yummy! 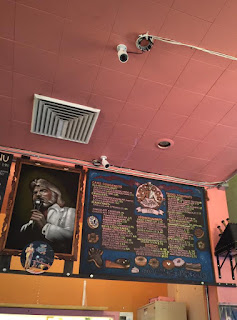 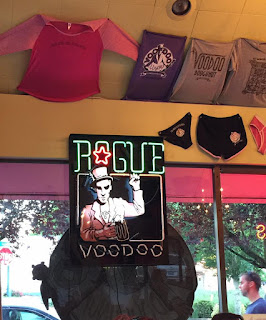 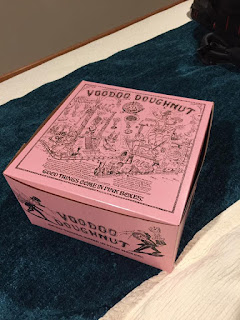 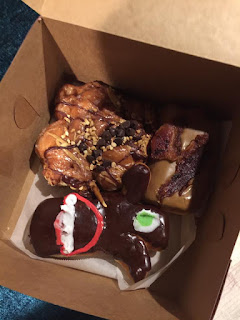 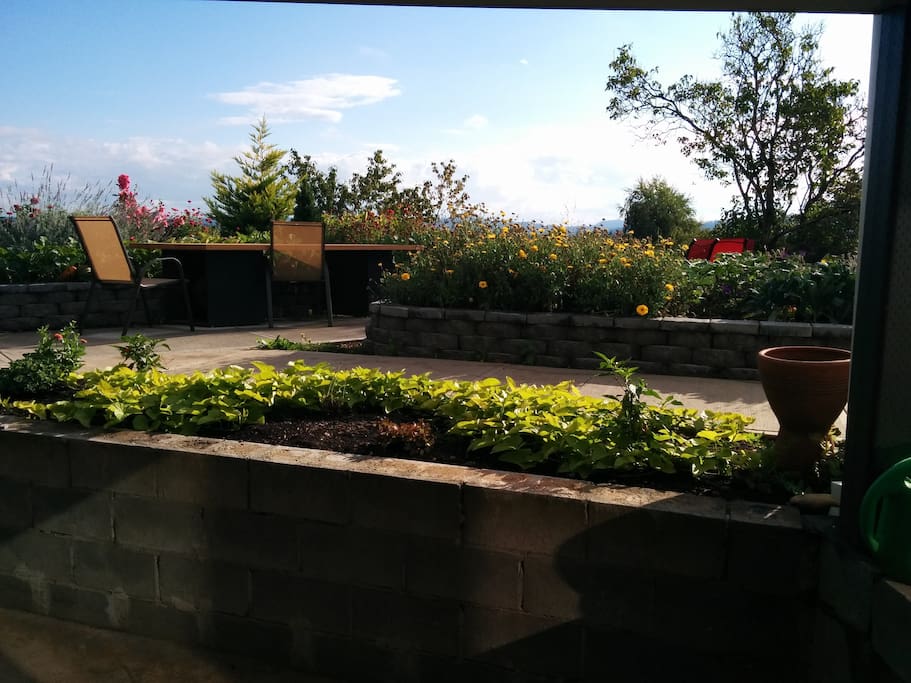 VIEW! Funky, fabulous private unit has lower level patio entrance, faces S/SW toward a wide, beautiful view and lots of light. Tucked away in deep SE Woodstock, this is a perfect combo of urban & r…