It’s almost Friday!
This week for Throwback Thursday, since I don’t have a whole lot of photos from early October, I’m sharing one of my favorite October memories from a couple of years ago: Route 91 Harvest Festival. This was the first year it was held and I haven’t been back since. I’ve been busy with work, I rarely was able to take weekend days off, I’m getting too worn out for festivals, etc. We’ve had some great headliners in the past couple of years but to be honest, I really don’t think any of the following festivals could have topped it anyway.
My favorite night was definitely the second one since it was the night Miranda Lambert was headlining. I’m a huge Miranda Lambert fan and she was actually the first country show I ever went to back in 2009 (before that I was a bit of an emo kid) at the Silverton’s Veil Pavilion.
I had to work all weekend so I was exhausted but I’d won meet and greet passes and there was no way I was missing that! I’d just been to Nashville the week before and my good friend, Becca, had taken me to the Country Music Hall of Fame. There was a limited Miranda Lambert exhibit that summer and I had purchased the coolest Hatch Show Print from the exhibit since I was allowed to bring one item, and I had brought it with me to be signed.
Not only was she super cool and chill, the show was awesome!
Such a great night! 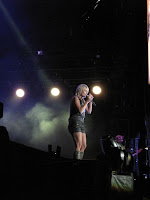 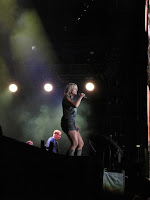 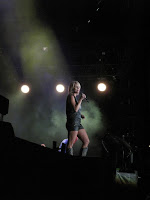 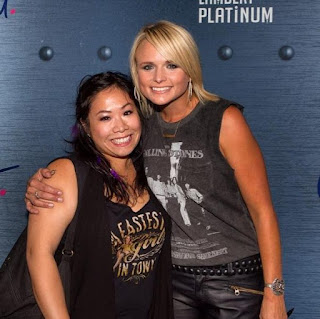