A couple weeks ago I decided to try out Hello Fresh.
With the long work days and all the time I’m spending at the office, I didn’t have a whole lot of time to be cooking from scratch and doing the shopping and all the extra things that go into making a really nice homemade meal. Even on weekends, I’m just too tired to want to put in all the effort. I know I’ll get acclimated soon but for now, I just don’t have the energy. 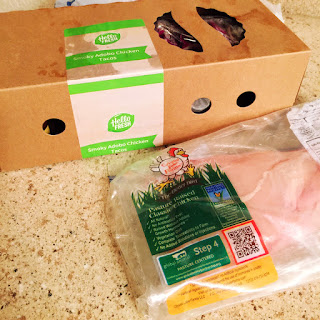 Even so, I like to make a nice meal on evenings Corey and I actually get to spend time together. We both like spending time in the kitchen and making a good meal so it works out as a good activity we can do together; however, we both get annoyed if we’re in there for too long. 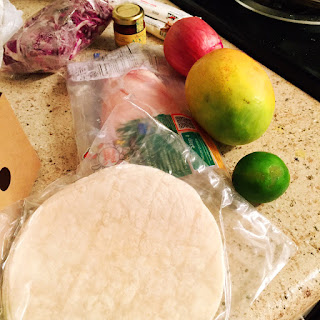 I tried Hello Fresh hoping it would be a good solution to the time issue. I’d heard good things and thought it would be a great way to have all the necessary ingredients in one place so it would take all the guesswork out of the organizing of food.
We made the slaw. 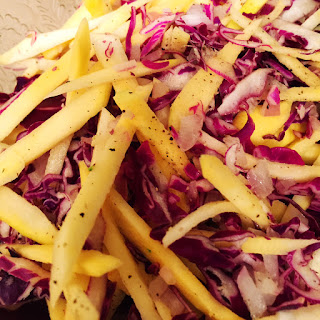 We seasoned and cooked the chicken. 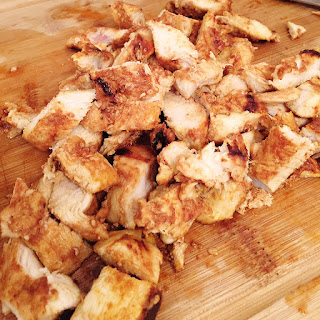 It was okay. The meal itself was pretty yummy but we had some issues with the actual package being so melted by the time it arrived, and the yogurt in one of the boxes had exploded. I haven’t even had time to bother with the other two meals (we have the recipes and the necessary meats in the freezer and seasonings so we can replace the produce later) but we did try the Smoky Adobo Chicken Tacos. The recipes are all on the site and I do like the way the app was organized to help you quickly figure out the cooking steps and what you need. We had plenty of sour cream in the fridge too which helped because what came with the box wasn’t enough for us. 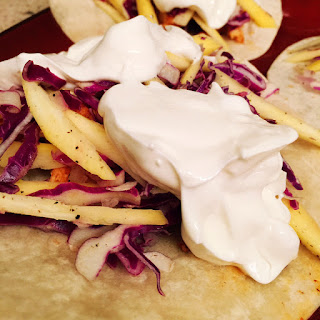 Definitely glad I tried this out once but I cancelled my subscription almost immediately. The actual chopping of the produce took about 30 minutes in itself and we were just too impatient to deal with all of that. Super yummy tacos though!