Hey guys!
Ugh, it’s Sunday which means back to work in the morning. I like my work but I also like sitting on my ass on the couch with my dog. Anyway, here’s what’s been up this past week:
1. I had food poisoning. Like the want to die kind. I had a short 12 hour stint of food poisoning this summer while on vacation with Corey. Unfortunately it was the 12 hours we spent wandering Stanley Park and Granville Island in Vancouver so one of the worst possible times for it to happen. It went away just in time for me to eat some amazing raw fish. Perfect thing to eat after FOOD POISONING, right? Anyhow, I missed a couple days of work so the last three days of the work week consisted of trying to catch up.
2. My dog had surgery. He had a cyst in his face which turned out to be cancer. They got it all out of his face but I am having him e-rayed next month when he’s comfortable again to rule out any spreading. He is now wearing a cone and it won’t come off for another five days. He kind of looks like a pilgrim with a bonnet or a small satellite dish. He also kind of hates me. I bought him a bunch of goodies at Petco because they had a massive Halloween sale and everything was so cheap. Basically this was just full on bribery but that’s okay when all parties involved are happy right? He’s been getting me back for the cone though by bashing me in the legs with it every single chance he gets. My legs are bruised up to my knees. Thanks, Roger. 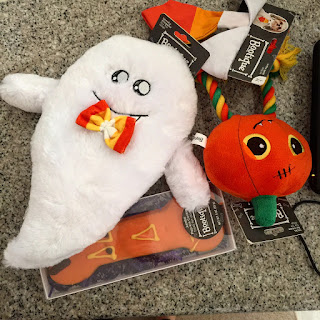 3. Today I am feeling productive. I am writing a blog post. I washed my mother’s car (well, I didn’t but I paid someone to so it’s the same thing really) since it had not been washed in over three years. I am DIY distressing a new pair of jeans. I am also sitting on the couch next to the satellite dish (dog).
I think I’ve earned a nap.