So my big birthday celebration with Corey was Justin Moore.
I say this because he was miserable the entire time.
My poor boyfriend who really doesn’t like country music was very good about the whole thing even though he had a horrible cold.
I think one thing that helped was the beer.
There was a pretty adorable Budweiser photo booth with prop beer bottles so I insisted (of course) that we take a photo. When we got to the front they handed us bottles of actual beer. Whaaaat. 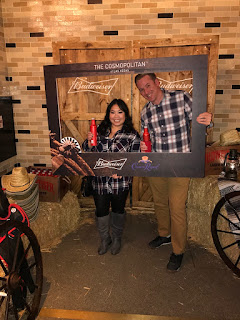 There was also a cute Crown Royal booth and you know how much I’m a sucker for photo booths. 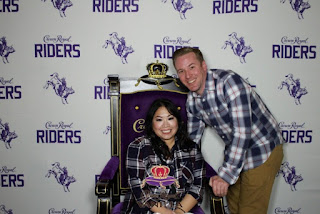 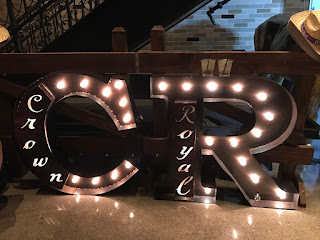 The concert was a great time and I had a blast. Tyler Rich and Justin Moore were awesome. Corey was such a trooper even though he had to blow his nose every five minutes (we left early) and didn’t even complain. 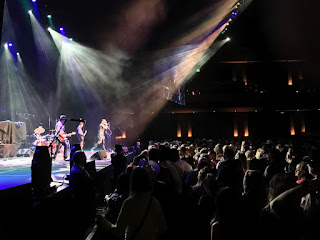 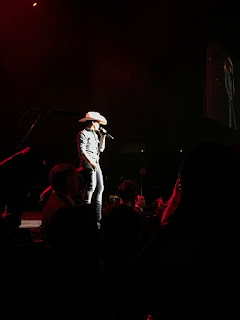 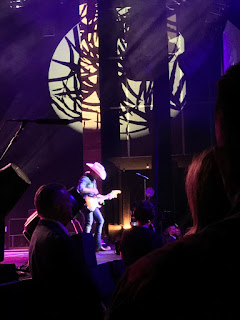 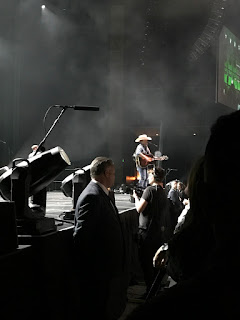