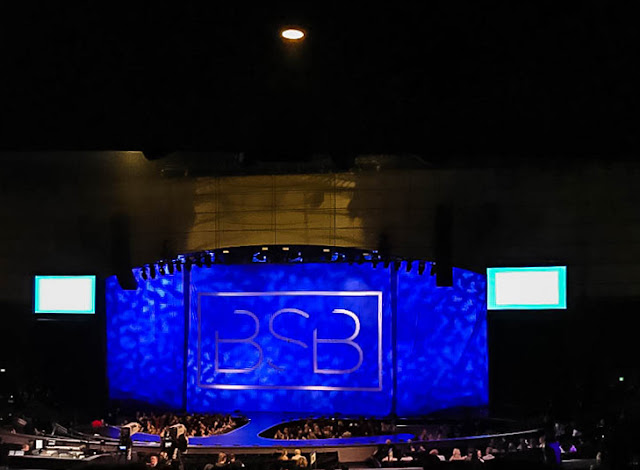 For almost a decade, my best friend and I have been going to Backstreet Boys concerts. 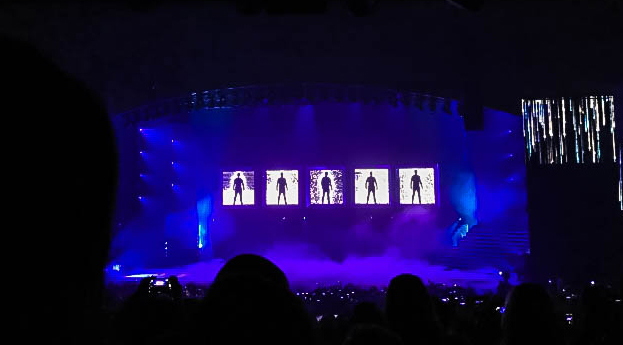 Funny story, when I met Melissa at work for the first time, we really didn’t like each other very much. Shortly after meeting (and not getting along too well), she transferred to my department and they put her in the cubicle RIGHT NEXT TO MINE. Needless to say, I was less than thrilled. That said, spending all that time sitting next to each other got us talking and what do you know, over ten years later, we’re besties. I’m convinced our main bonding point was our BSB love. 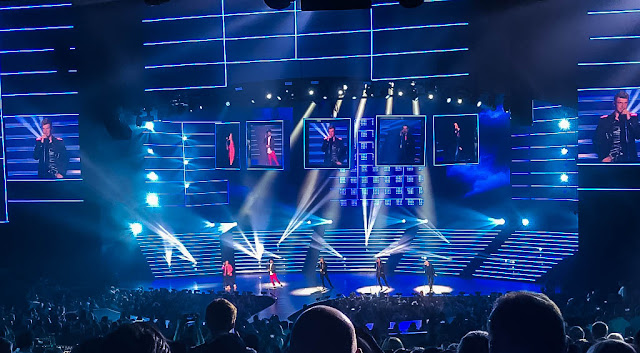 When the Backstreet Boys announced their mini Vegas residency, it wasn’t a question of if we were going but when. Clearly, we were going. We even made a legit girl’s night of it and Melissa got us a really great hotel room right across the street (full review to come) so we could get ready and stay out late and have somewhere cool to crash.

If you’re heading out to Vegas to see the Backstreet Boys while they’re playing at Planet Hollywood, here are a few things to know about the show!

The showroom is a lot smaller than I expected. This was awesome because it made all the seats pretty good. Everyone does tend to stand for virtually the entire show though so be prepared! You will have a chance to sit when the guys are changing their outfits (which happens like three times). 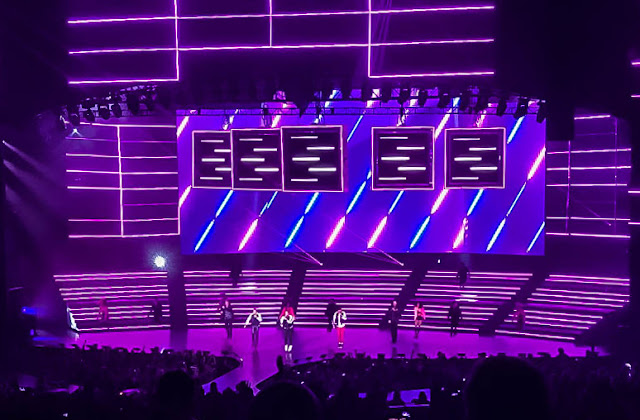 Make a real night of it and eat beforehand. We were pressed for time and the only food we could find in the theatre were soft pretzels that were $8 a piece. I know showroom food is crazy expensive but this kind of takes the cake.

If you don’t buy your merchandise inside, it’s kind of okay because the Planet Hollywood stores outside the showroom sell most of the same stuff (for the same price, I checked). It helps you beat the line but they didn’t seem to have EVERYTHING so check first!

A little embarrassing but I honestly felt really old at the show! I think a lot of it had to do with the fact that Melissa and I were both completely sober! Before the show starts there is a huge video montage of all of BSB’s greatest hits. Everyone seemed to know all the words to every single clip and I was legitimately having trouble keeping up! By the time I figured out what song was playing, a new one started and the remix was like 12-15 minutes. I was confused most of the time. I remember looking at Melissa and saying, “I wish I was as drunk as the rest of these people”. 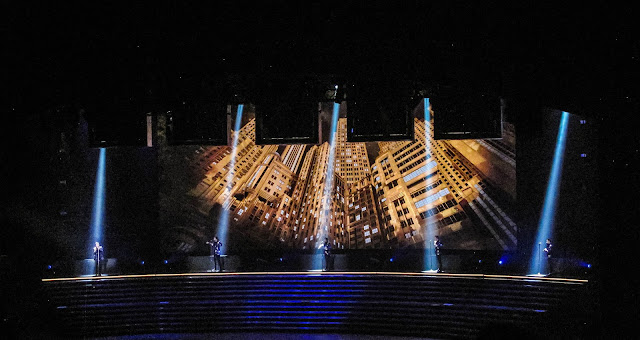 Just about every song they play is pretty much one of their hits; if not here then in Europe or Asia or Canada. They only had a couple filler songs but they really do play like all of their big hits. It’s almost awkward because every single song ends up being like really epic and a little cheesy at first but just go with it. People were dancing in the aisles (two girls in front of me were practically waltzing with each other) and random drunk guys will yell random drunk guy things (one guy kept yelling “Kevin” every five minutes or so and it was never Kevin he was looking at).

The guys are older and they handle it really well. Brian even made a joke about pulling a muscle. A couple of the more upbeat songs get a bit of a remodel to something a little slower and more manageable (like Get Down since they can’t exactly jump up and down for five minutes straight).

They’ve still got the moves. While they do have back-up dancers for the more energetic moves that they can’t quite do anymore, the classic songs still get the same treatment. For instance- the chair part in As Long As You Love Me. 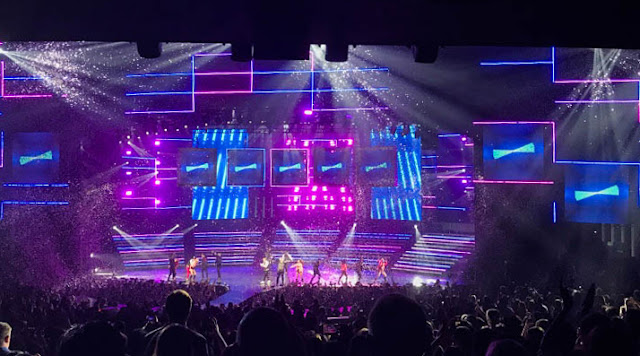