This post was sponsored by Voila Box. I received product in exchange for an honest review; however, all opinions are my own! 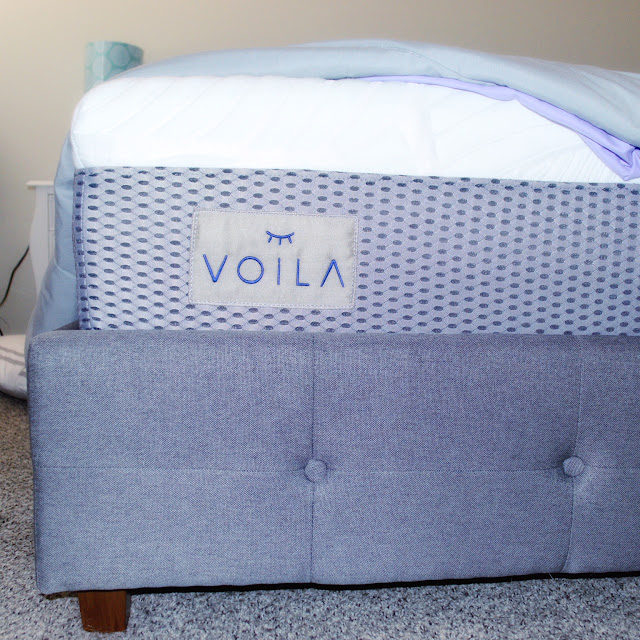 I don’t sleep well. I’ve had insomnia for years and it’s often coupled with sleep apnea when my asthma and copd are really bad. Before we moved, I had a super old mattresss that had gotten really soft and squishy over the years. The attached topper shifted all the time and there were days I literally slid off the mattress and fell out of bed. To make matters worse- Roger (my puggle) is getting old and his joints aren’t grearnso having a super soft mattress was really rough on him too. 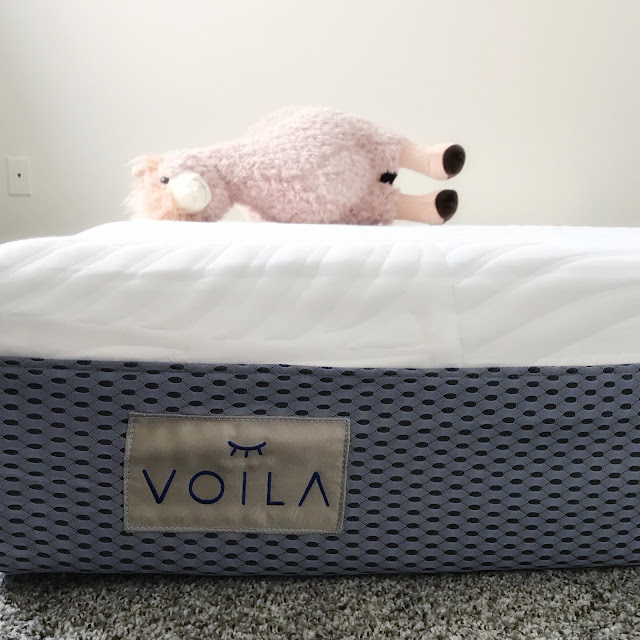 When we decided to move, I decided to get a brand new bed frame and one of those fancy new mattresses I’ve seen everywhere. I wanted something that would not only improve my sleep quality but my quality of life as well. After all- a good nights sleep makes all the difference. 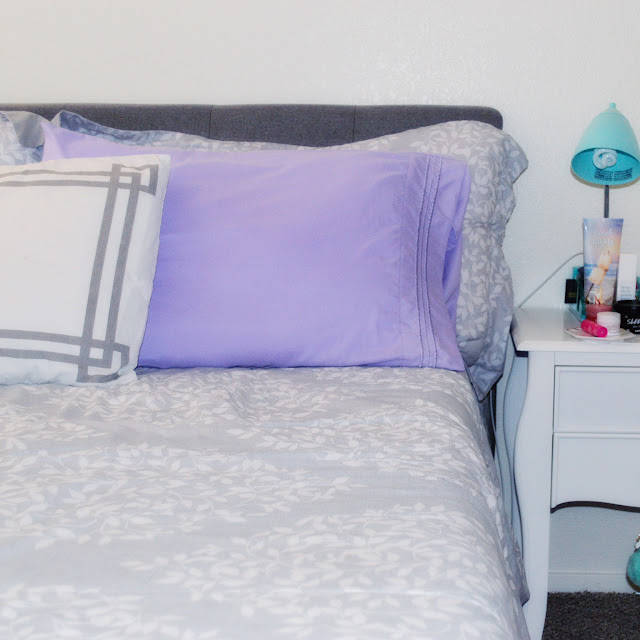 I got really lucky and started chatting with Voila Box early in my search. At the time, I didn’t know much about the company but I liked what they stood for and I LOVED the rep’s enthusiasm about their product. To me, it says so much when an employee doesn’t just use the required talking points but sounds passionate about what they sell. That made a huge difference to me. 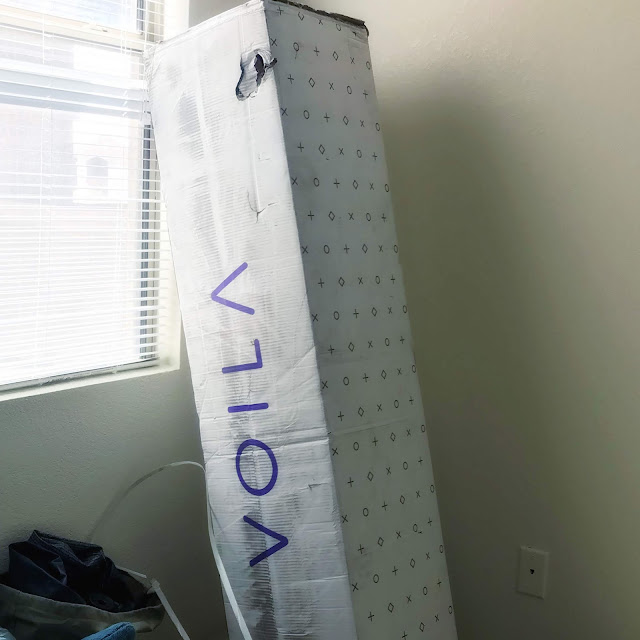 A day before I got the keys to my new apartment, I put in my order. I picked the firm mattress in a queen size. It was easy and fast and the email notifications kept me updated throughout. A few days later, a large rectangular box showed up at my doorstep. The box was quite a bit smaller than I expected and honestly, I was a little wary of how a legitimate mattress could fit inside the box. 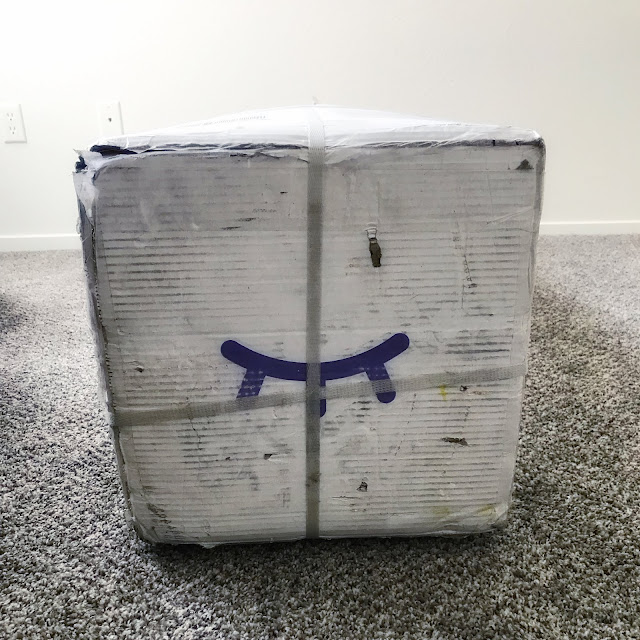 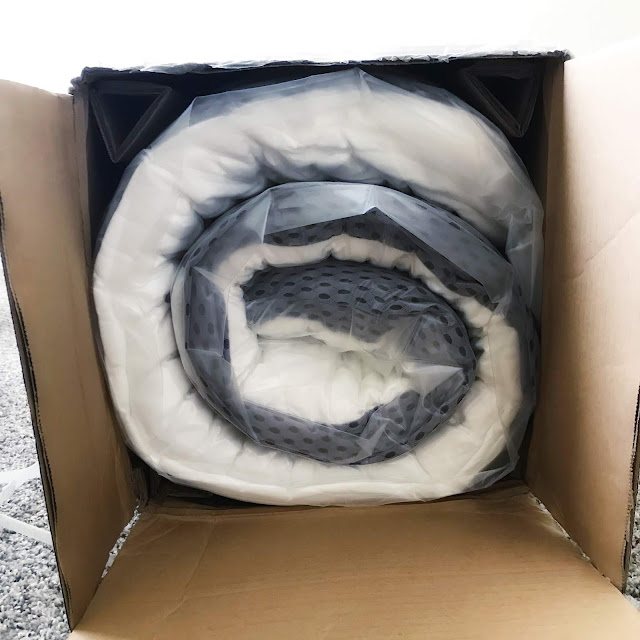 My mom and I spent that afternoon unboxing the mattress and watching it pop and unravel like a giant tube of cinnamon rolls. Unboxing it was probably the most fun thing we did for the entire move. Roger was fascinated and frankly, so were we. It was hard to believe that firm but nicely padded mattress had just come out of that giant tube. After it was laid flat, we left it alone for the requisite 48 hours. 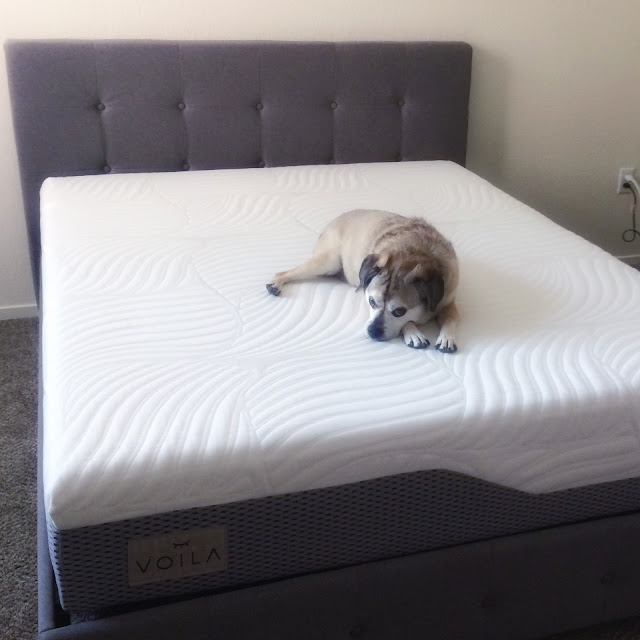 Actually- we left it alone but Roger did not. As soon as it was flat, he was running up and down the mattress and rolling around on it. This made me so happy because the last mattress was nearly impossible for him to even walk on. Now I have a fantastic mattress that he (and I) can move around on with ease. The top is soft and cushiony but lying down, the mattress is very firm which is what I really wanted. It’s comfortable and doesn’t dip in too much so neither of us has gotten lost in it. 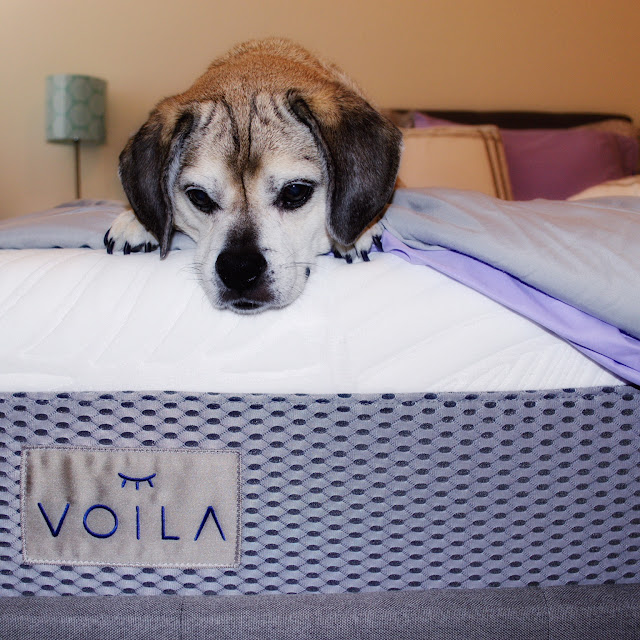 The first night took some getting used to but the next morning I woke up with noticeably less back pain. I know it takes at least a month to really evaluate a new mattress but that was a great sign. I slept deeper and more comfortably as well and it seemed to take less time to fall asleep. 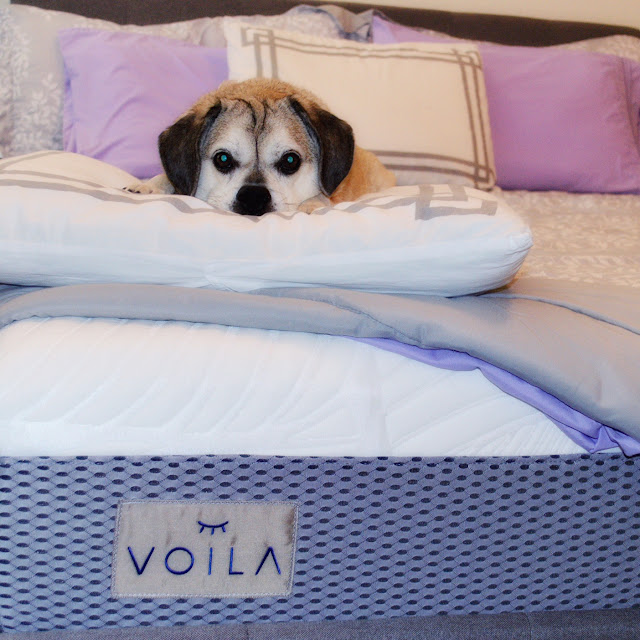 Over the past month, I’ve noted several great things about my Voila mattress-
It doesn’t dip when I move around. I’ve balanced nail polishes on this mattress with very little support and they haven’t spilled.
Roger sleeps like a log on this mattress.
My back feels a lot better. My neck doesn’t ache as much. I have the same pillows as before too. The occurrences of severe back pain are almost nonexistent now (unless I’ve done something highly abnormal like sit on a bus for 12 hours).
I don’t need a topper. The top of the mattress has a great texture to it so I don’t feel the need to cover it with something fancy.
It’s a cute mattress. I know that sounds dumb but if you’re going to take photos of a mattress you hope it’s not ugly, right?
Once my eye mask is on (more on that another time), it takes me less than 10 minutes to fall asleep.
A huge thank you to Voila Box for the amazing mattress! I’ve never slept better!!!! 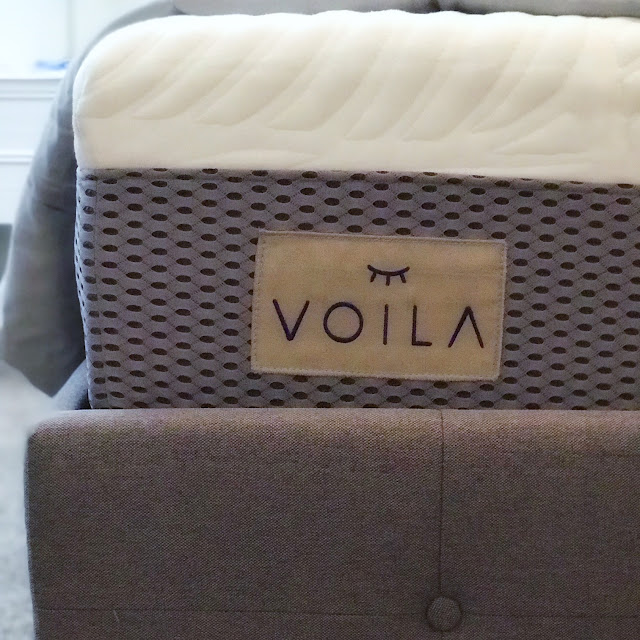