Which seems almost appropriately like the title of an emo song.
I was going through my Facebook photos and found an old album entitled 2007.
2007 was actually a really really cool year. If you’ll recall my sad post about turning 21, I mentioned that while the birthday wasn’t spectacular, the year that followed was pretty cool. That year was 2007. Some notes and highlights (or low points) of 2007:
1. I was like a serious scene kid. Kinda weird now that I think about it.
2. I got my first tattoo. And the next fourteen after that.
3. I did an internship at one of the award show gifting suites. Pretty interesting to see how those celebs get all those free things and I got a swag bag of my own too!
4. I got to go to Rolling Stone magazine’s 40th anniversary party which oddly enough, was a Kanye West concert. Never have I ever thought I would be in the pit at a Kanye West concert.
5. I got to see actual parts of the 2007 VMAs being filmed at the Palms Casino and ran into a few cool people along the way.
6. My favorite bands were Panic! at the Disco and Fall Out Boy. I also really loved Evanescence.
7. I was really into hockey (even had a season pass for the Las Vegas Wranglers).
8. And everything Pirates of the Caribbean.
9. I graduated from college.
10. I knew everyone from the cast of Thunder From Down Under (still friends with a couple of the ones that live in town).
11. My fave hangout was the Playboy Club.
12. My graduation party involved a lot of goofy lap dances (including one by a large man with TACO tattooed on his belly).
13. It was my personal mission to go to EVERY SINGLE nightclub on the Strip.
14. And the pool clubs too. Including Rehab. Ew.
15. A TV star from a popular show that is still running (IE not Jesse Spencer lol) gave me his number. We texted until I found out he had a girlfriend. Every time this show comes on, I change the channel.
And now for my photo montage of 2007!!!! 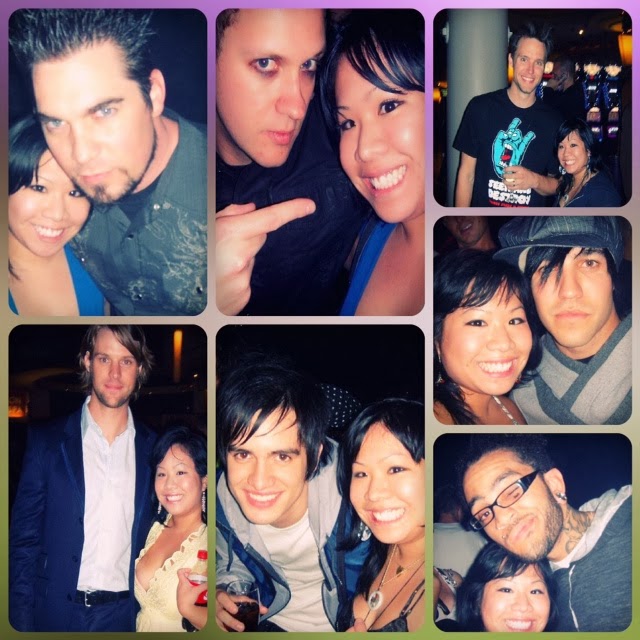 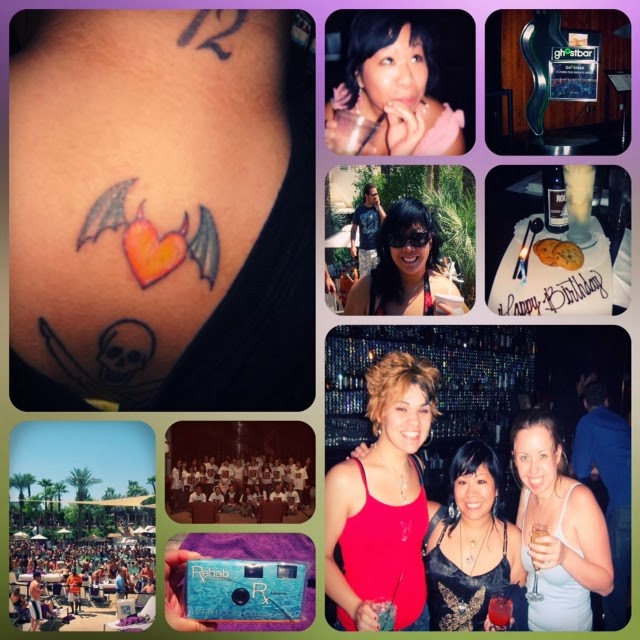 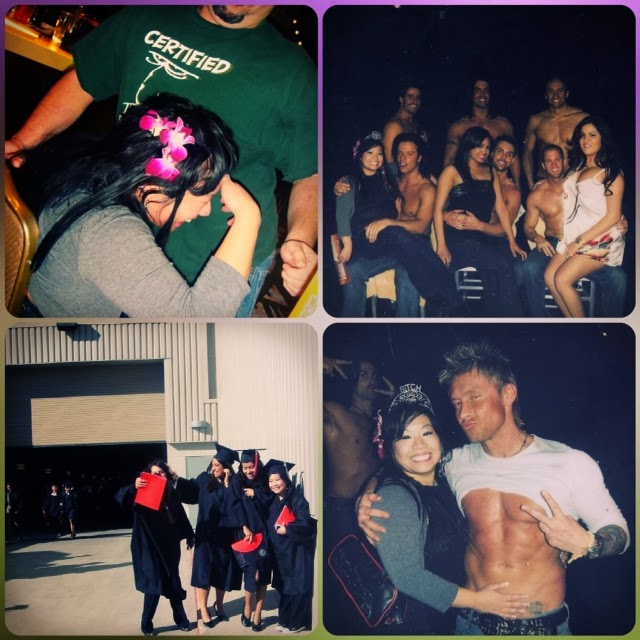