This week I’m sharing a page I scrapped for the Vegas Restaurant Week.
Vegas foodies are pretty serious about their Restaurant Weeks. We now have two a year, one in spring and one in fall. A number of the best restaurants in town have preset menus and a portion of the proceeds for each goes directly to Three Square; our local food bank and one of the best and most noble charities in town. Back in 2011, I got to attend the kick off party which was hosted at Studio 54. A number of local restaurants and performers partnered for the event so it was a big food and show extravaganza. Since the club was closed for the private event, we got to wander all the restricted sections and sample some amazing food. I try to go out to eat at least once during Restaurant Week since it’s such a great event and to be honest, it’s probably one of the only times you can get a really amazing three course meal at places like Michael Mina for $50.14. Besides, eating out for charity is kind of awesome, right? 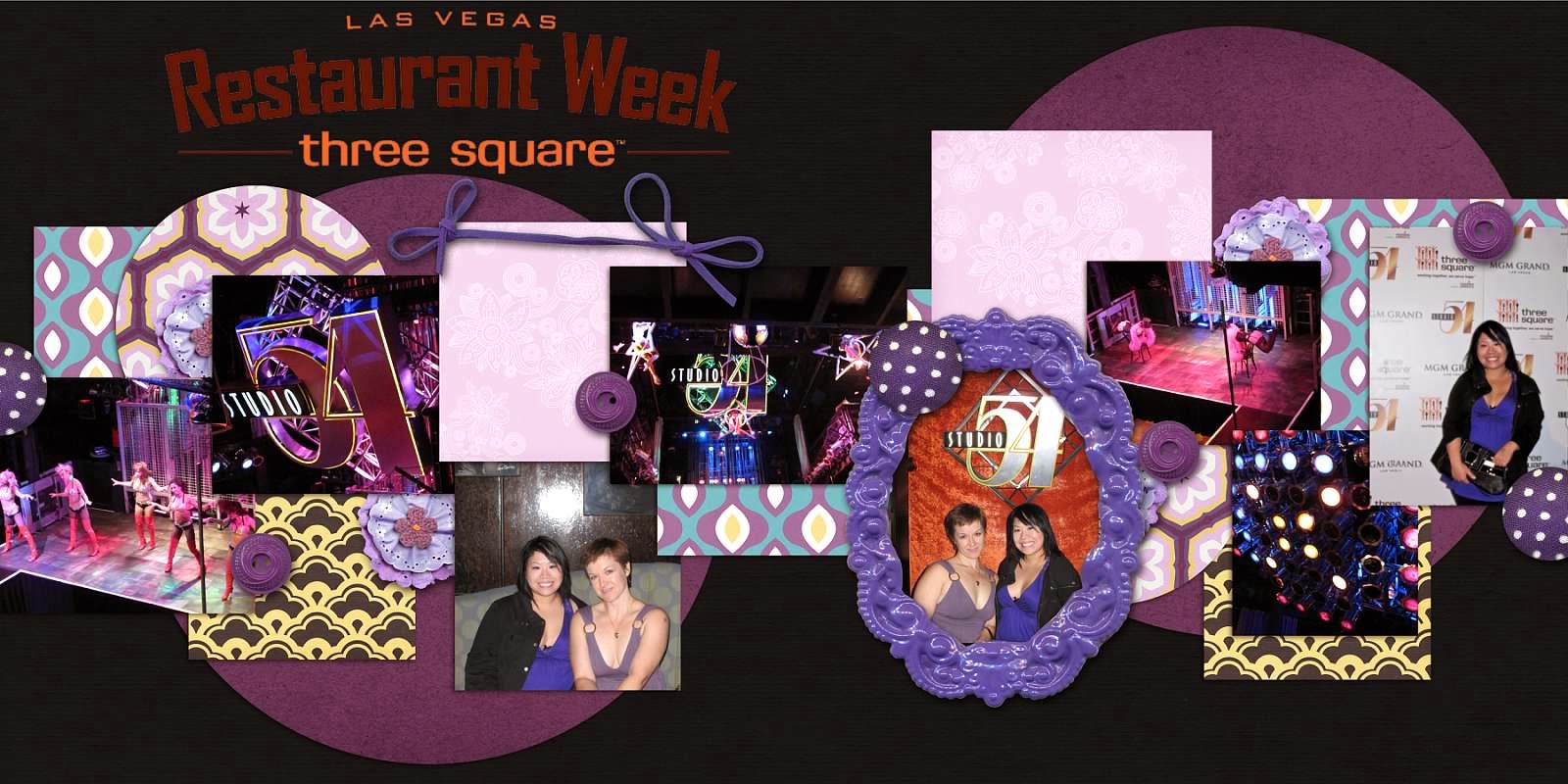