The last day of the cruise is always bittersweet. No matter how much chaos there is on the ship, it’s always nice to be back with friends listening to our favorite bands and just having a great time.
I started off the morning at the autograph session. They had added one this year after multiple veterans mentioned that it would have been nice to have a time to chat with the other artists since we generally tried to leave them alone when they were off stage. I had brought a little captain hat to get signed because I figured it would be a great souvenir from the trip and I was right. In fact, all the artists got a big kick out of it since most of the other cruisers brought posters. Everyone was super chatty and friendly (although a couple seemed pretty hungover like the rest of the ship). 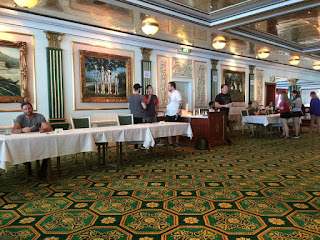 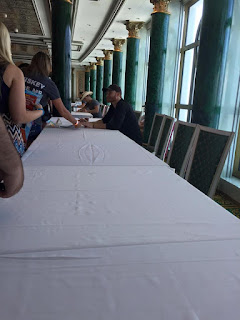 After packing, we caught the songwriters round which is one of my favorite events on each cruise. It’s one of the most stripped down performances they do on the cruise and it’s always a lot of fun to listen to the writers’ stories about how the songs were made and what goes into the process of writing one of the hit songs I hear all the time. Also- while there were two rounds this cruise, the one I went to had Eric Paslay (yay) which made it even more awesome. 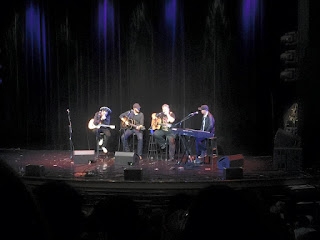 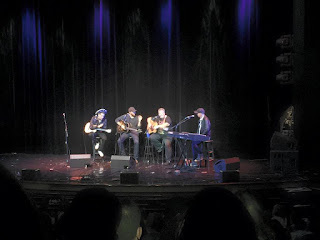 It was superhero and villain night and I had actually put together a pretty intense costume. I usually kind of water it down but I am a geek at heart so I actually took the time to do my makeup and put together a wig and find pieces for a costume (you know, instead of a giant fuzzy onesie). 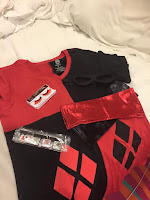 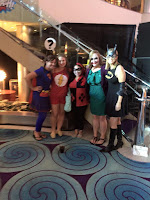 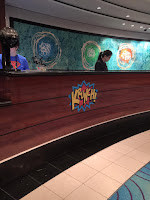 Turns out I was only one of about five Harley Quinns on the ship. We all found each other though! 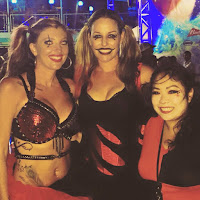 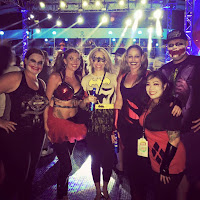 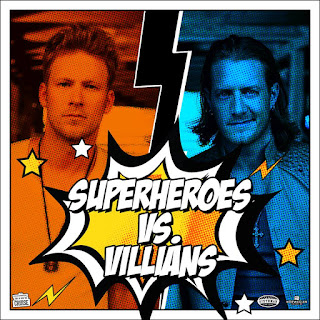 And I also managed to catch up with all the friends that I hadn’t seen yet. 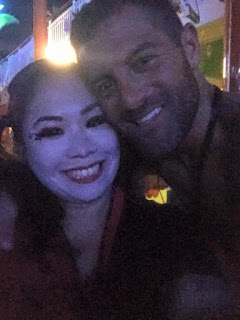 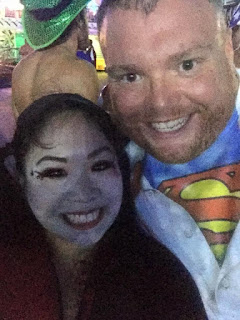 Even some new friends who ambushed me in the hallway (in a nice way). 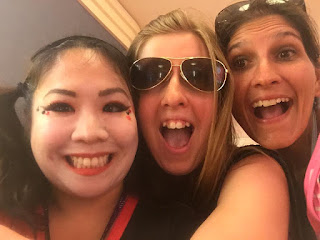 I even got to chat with one of my fave bloggers, Hayley Hubbard (Tyler’s wife) who runs the super awesome blog The Vogue Trip. She’s just the sweetest! 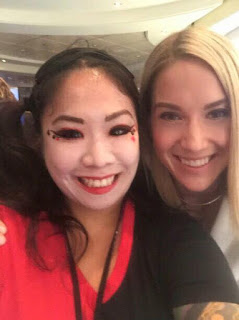 Just like last year, I finished out the trip with a Russell Dickerson show and guess who shows up… 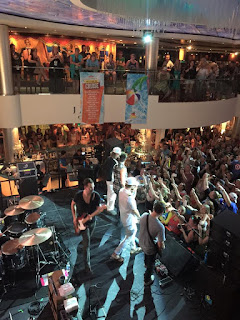 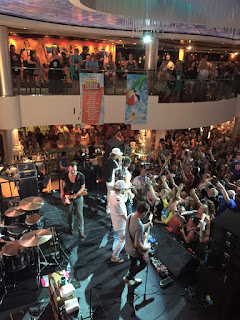 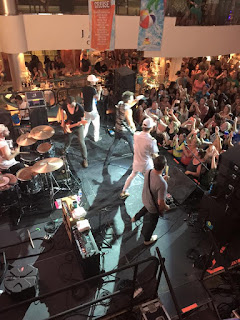 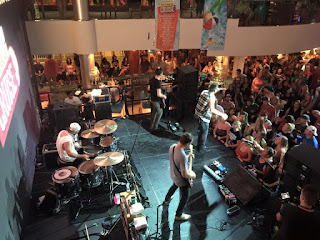 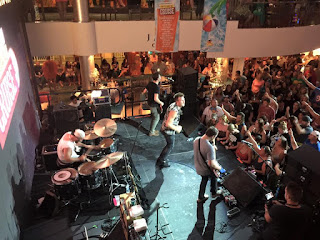