If you’ve been following my blog for a little while, you probably know-
I’m a pretty big fan of The Cadillac Three.
I met these guys in November 2014 on the Florida Georgia Line Cruise and they are not only really really talented guys, they’re super nice and down to earth too.
I headed to this show solo as (what was supposed to be) my final NFR show and a pre-birthday hurrah. I managed to get a pretty awesome spot right in front (even though it was by an amp). The show was amazing as usual and since it was the last show of the year, the guys brought a pretty excited energy with them. Despite being behind a blonde with five elbows (and got handsy with me thinking my hand was her boyfriend’s crotch), it was a wonderful time. 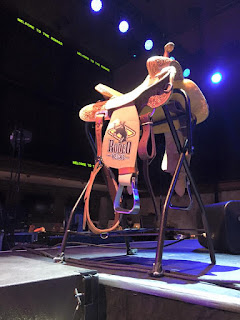 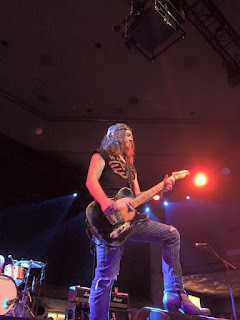 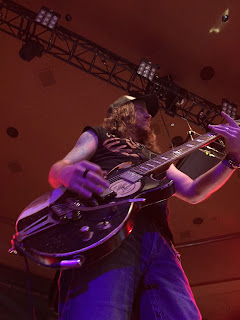 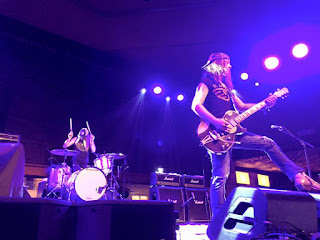 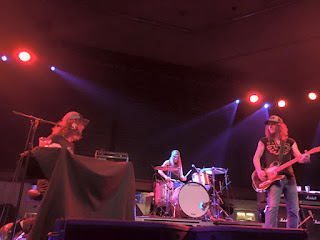 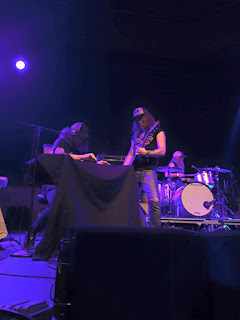 After the show, I was sitting in the casino trying to decide if I wanted to get food when Jaren and Neal walked by. Hellos and hugs followed and Jaren mentioned they were headed to a radio interview and “You know what, just come with us”. Before I knew it, I was headed to the bar with two of the coolest guys in country music and their roadies. 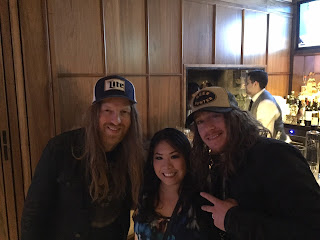 Following the interview, Jaren and Neal ordered a round for the group and toasted to the last show of the year. It was pretty cool to be included and get to hang out with the guys for a little while away from the crowds. Such a great way to celebrate my birthday!
P.S. The guys JUST realized a new single “Graffiti”. Go check it out.