It’s always fun to check out new restaurants or bars on the Strip when friends and family come to visit. I usually don’t really make it much farther than a five mile radius around my house in the summer. Partly because everyone in Vegas drives like they have a death wish and partly because it’s too hot to actually go anywhere let alone try and look decent. 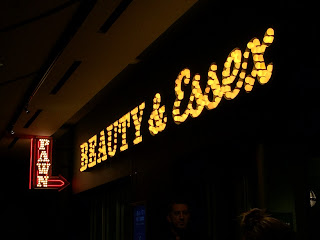 Recently, one of my cousins was in town and we had planned to meat before she was going to Hakkasan. I figured something fun and new would be a good plan so we headed to Beauty & Essex at the Cosmopolitan. I had always been curious about the one in New York so when they opened one here in Vegas, I knew I had to check it out at least once. I love the concept of the restaurant being hidden behind a pawn shop and this one did not disappoint. 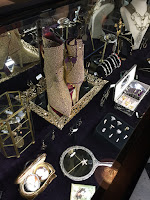 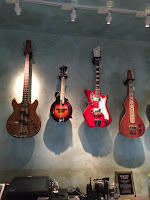 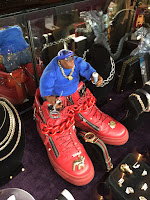 I can’t help but wonder what the pawn shop items look like in New York because the items in the shop here were mostly super fancy. It turns out, our shop does not actually pawn which the cashier and I agreed was good because God knows what they would end up with each night. And I did ask how many of the sales were random and drunk and apparently about 70%. HA! 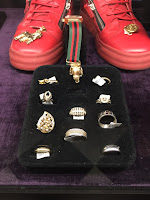 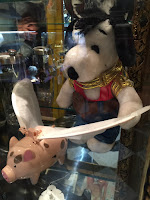 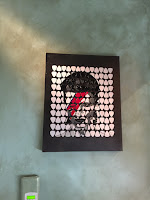 I really loved the look of the restaurant. It’s super dark but the decor is nice and there’s a chill lounge area by the bar where you can wait for your table and have a few drinks. It had an ultra lounge feel without the bottle service and the pushy people. The restaurant had really pretty gilded frames all around and the gold decor is rather prevalent throughout the restaurant. 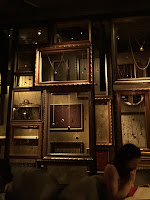 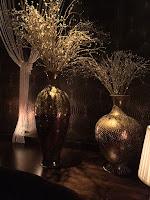 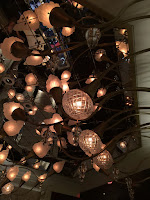 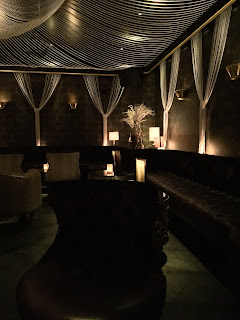 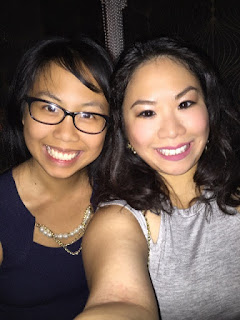 The items are mostly smaller plates that are meant to be shared. We didn’t order nearly as many as they recommended (which was like four per person) but I think we had a good tasting of items. 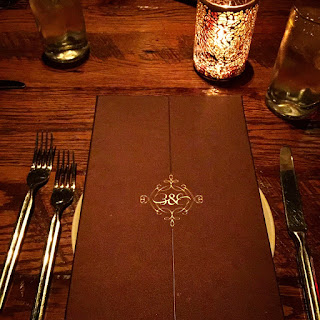 I’m not really much of a drinker (especially since I was driving) so I had a Garnet Gimlet which was pretty awesome. 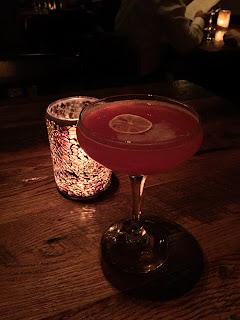 We started with half a dozen Little Neck clams and the Avocado, Lemon, & Espelette Toast. 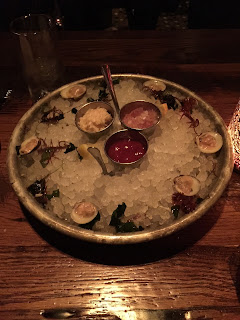 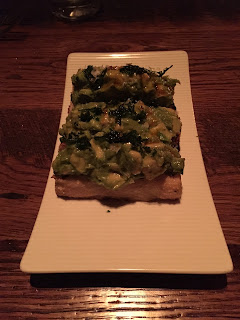 Kristen had the Grilled Cheese, Smoked Bacon, & Tomato Soup Dumplings which were super cute and really yummy (so much cheese). 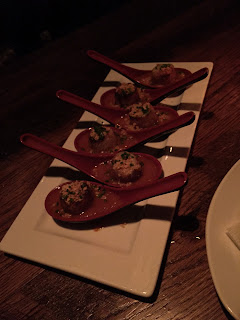 I had the Short Rib Mac N Cheese which was amazing. The breadcrumbs were jalapeno cornbread and it was so delicious. 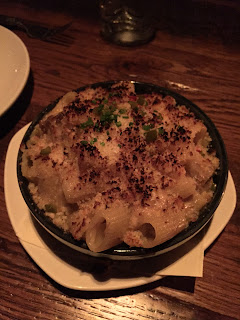 For dessert we had the Black Bottomed Butterscotch Pot de Creme and the Strawberry Cheesecake Bars which looked like old fashioned Good Humor Strawberry Shortcake Bars. So cute! 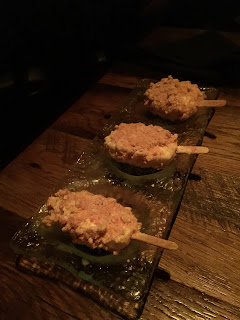 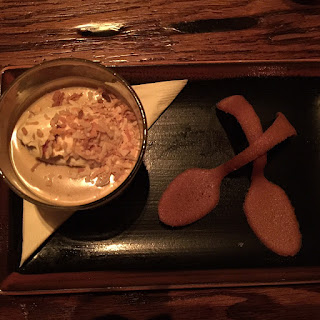 Beauty and Essex was a bit pricey but the food was good and if you’re wanting to try just a couple of small items, it’s a fun place. I would come back for that Mac N Cheese!