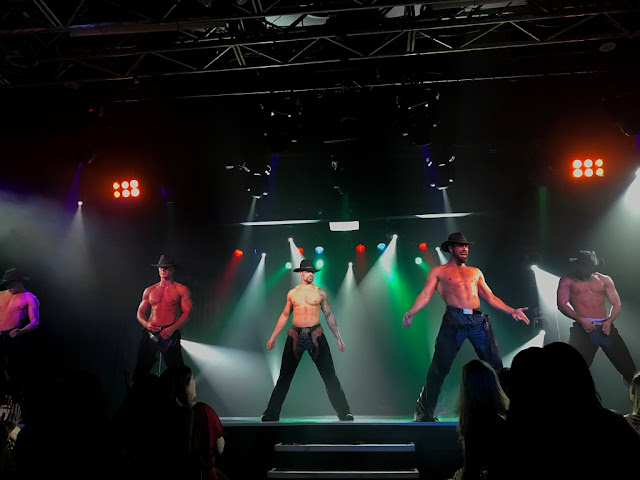 Thunder From Down Under has been one of my favorite shows in town for about ten years.
When I thought about a place for a great girls night out with my Vegas Lifestyle Influencers, this was the first place I thought of. Thunder is a great time- it’s very tongue in cheek and not sleazy. I’ve been to a few of the other male revues in town (okay fine, most of them) and I have to say, this one has always been a fave because it doesn’t feel awkward or make everyone uncomfortable.
It’s just a great time.
Last week, we had the best night at the show. We got the full VIP treatment complete with a backstage photo before the show and a fun group photo afterwards.
We also had the best seats in the house!
Best of all, we were authorized to take all the photos and videos we wanted throughout the night so we could share them with all of you! 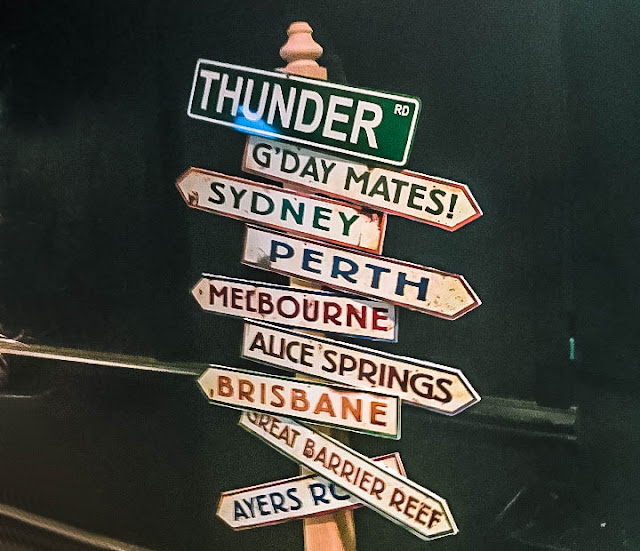 We started the night by being escorted backstage by Matt, one of the members I’ve known for about a decade now. He recently retired so unfortunately, you won’t be able to see him perform on stage!

We took a few group photos and then everyone got a turn taking an individual photo with the boys.

This was not my idea. 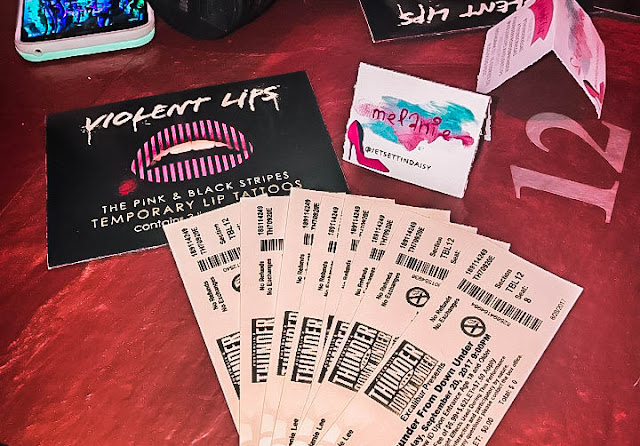 After our photos, we were escorted to our table which was right in the center of the showroom with a perfect view of the stage- no obstructions.
We had some adorable party favors courtesy of Violent Lips in the perfect girls night out colors. 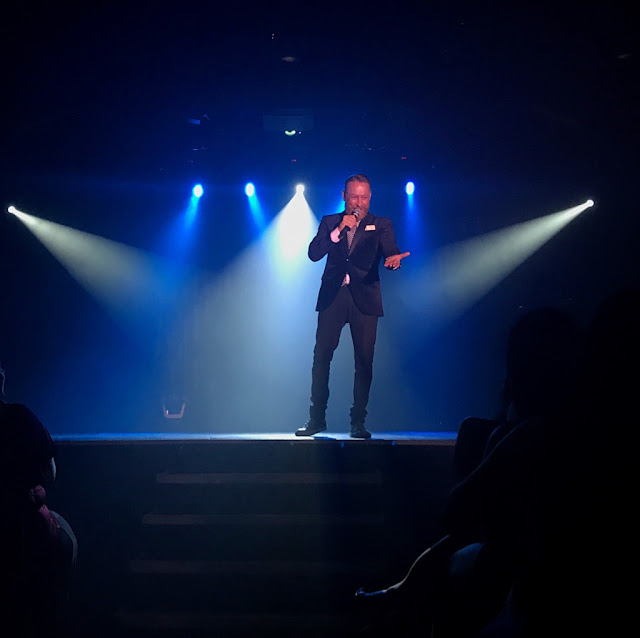 I was really happy to see Marcus as MC at the show- he’s definitely the best MC in town for any of the shows I’ve ever seen. He always gets the crowd really excited even when the girls might be pretty shy or uncomfortable at the beginning. 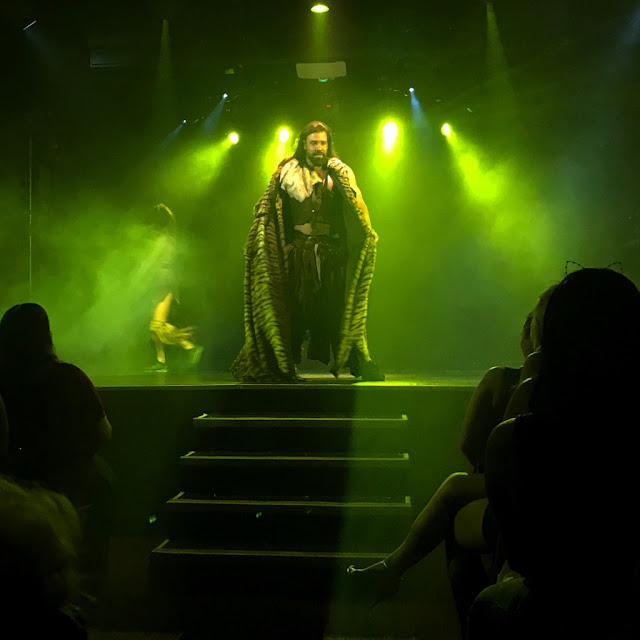 My personal favorite of the night- Alex as Tarzan. 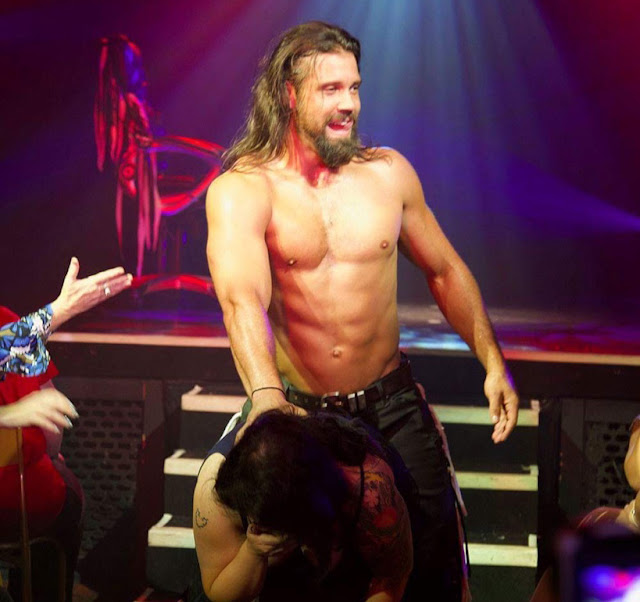 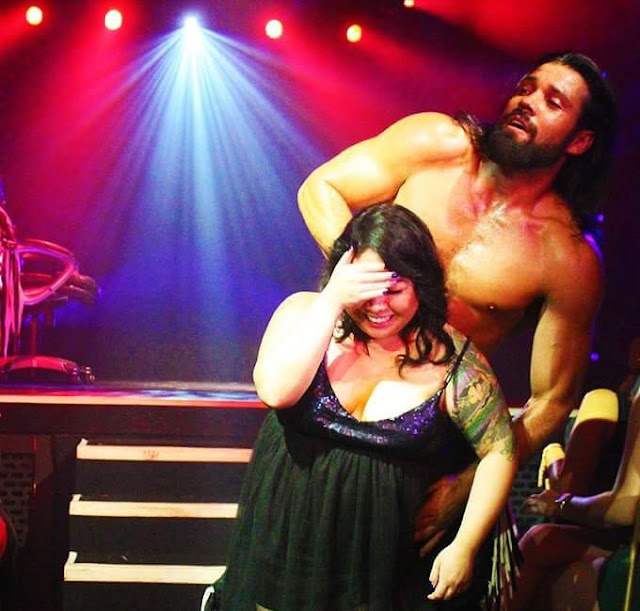 Now this wasn’t my first time onstage but… It is the first time all of my friends had CAMERAS. 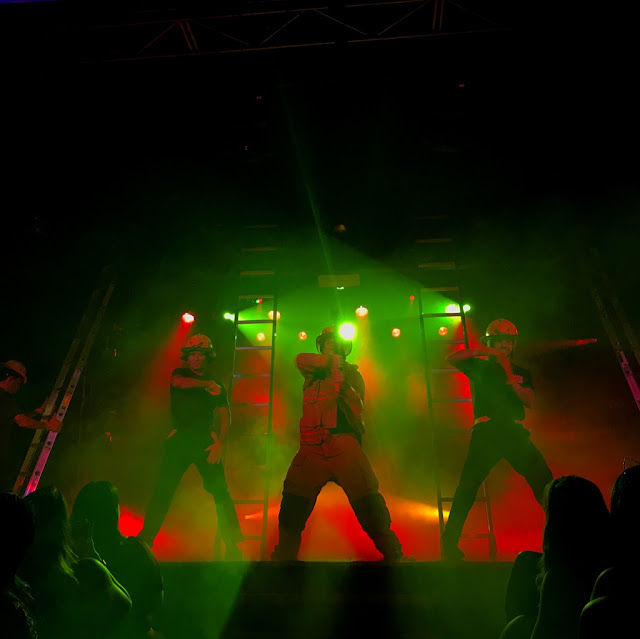 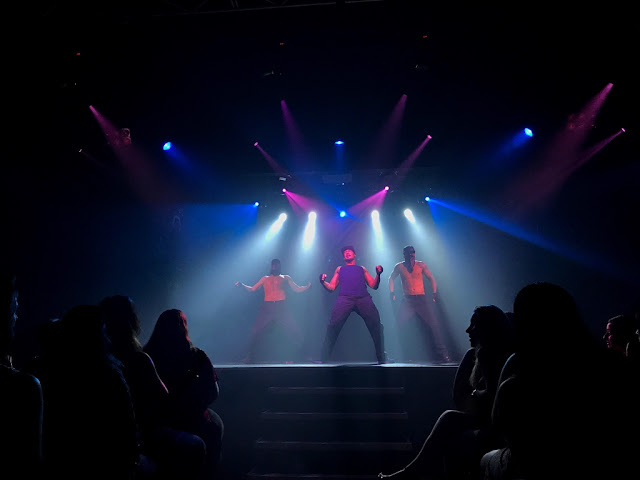 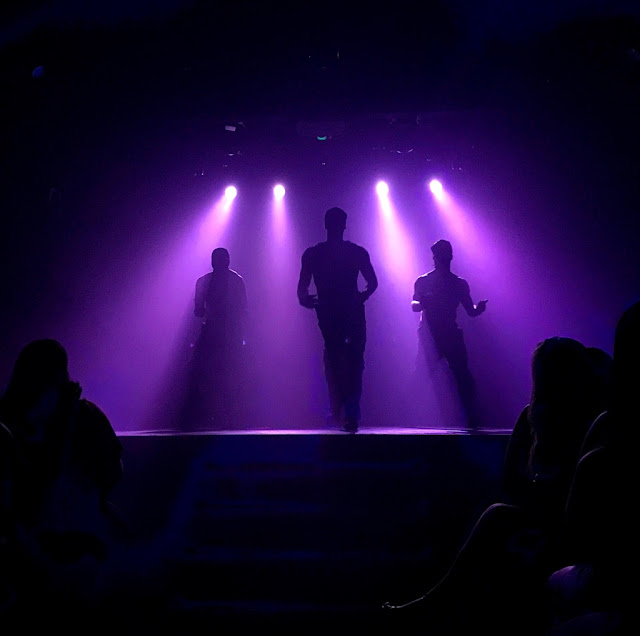 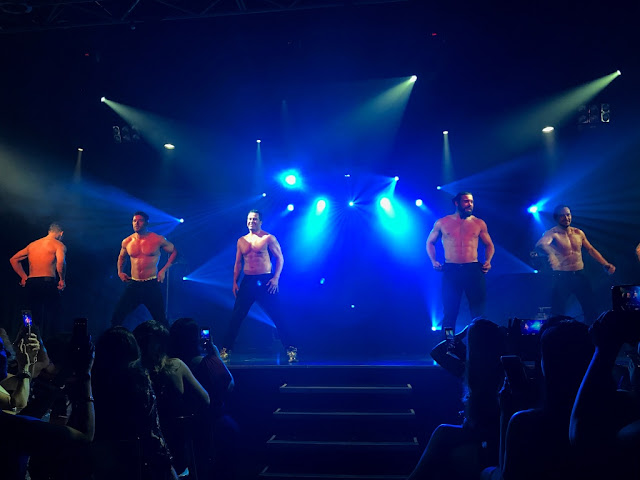 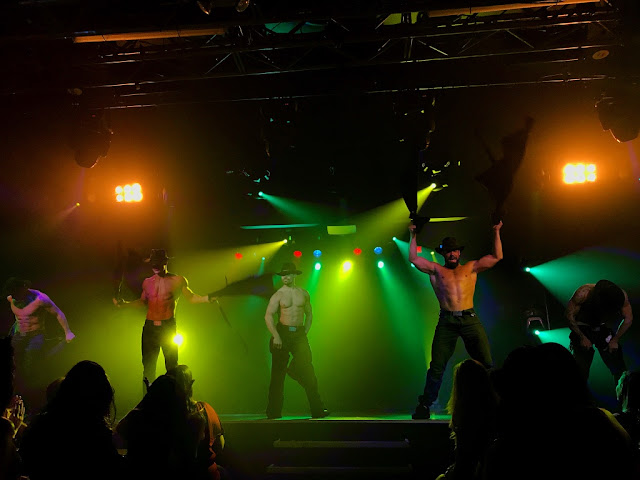 Some of the routines were new ones that I hadn’t seen before and some of them were classics that I remember from years ago just with different cast members. I love that they kept some of the old routines because they were really entertaining and so much fun to watch. 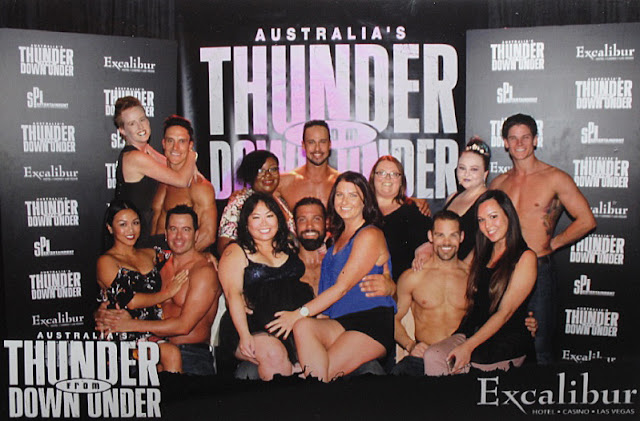 After the show, we took a fun group shot on stage and then got to chat with the guys outside the showroom. I got to catch up with a couple of the guys I remember from years ago and all the girls got their photos signed (and we all had a good laugh over Ayron’s hand placement in the group shot).
A huge thank you to SPI Entertainment, Thunder From Down Under, and all the guys for making our girls night out the best ladies night ever! As usual, all opinions are my own.
Just to show you how serious I am that Thunder has been a favorite for so long…
Here’s a little Flashback Friday pic! 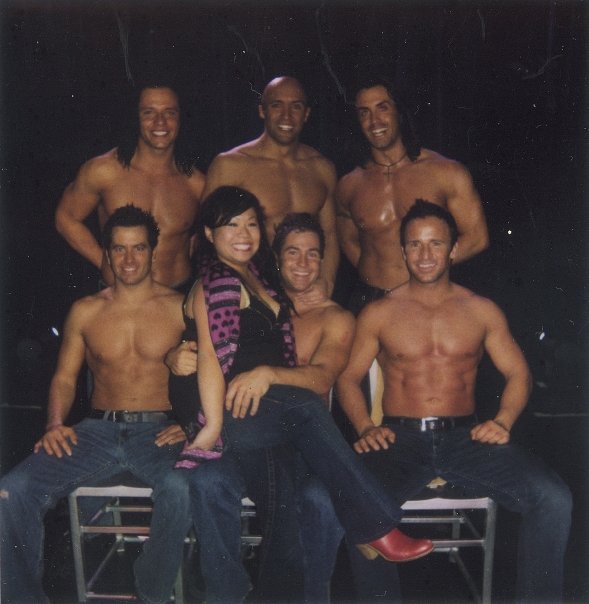