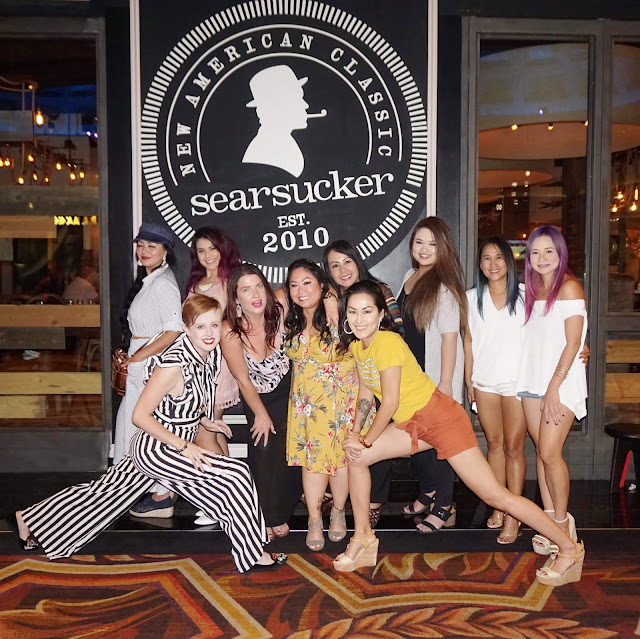 I know it’s been a while but trust me, I have a lot of great excuses! We had a pretty huge family disaster which is still ongoing so things have been rough to say the least. Also- I moved! Downsizing a home of fifteen years kind of sucks because I’m not great at throwing things out but we did it!

Anyhow- the girls and I celebrated the start of summer in the best way- with the Whole Beast Feast at Searsucker inside Caesars Palace. We’d had a really amazing pre-Thanksgiving feast there last year so we knew the food would be delicious. 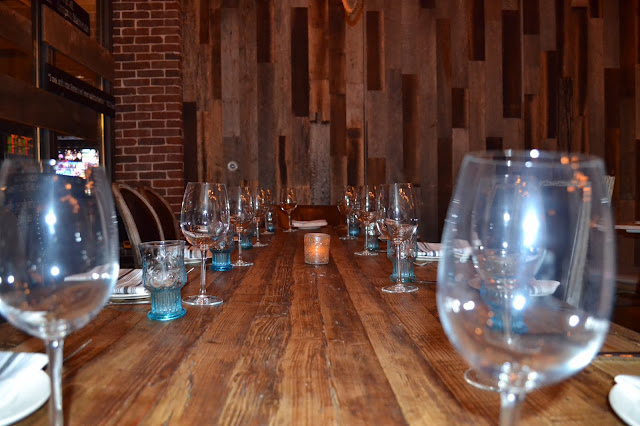 The restaurant is super cute- it’s got this modern rustic vibe like being in a really cool farmhouse. They had set up a huge table for us all in a new spot so we got a little bit of privacy which was awesome- we hate being in the middle of a restaurant because with our lights and our cocktails, we get a little loud and distracting!

We started with some amazing appetizers like the lollipop chicken, calamari, shishito peppers and pig ears. The big hit was the BISCUITS. Searsucker has some of the best biscuits ever. 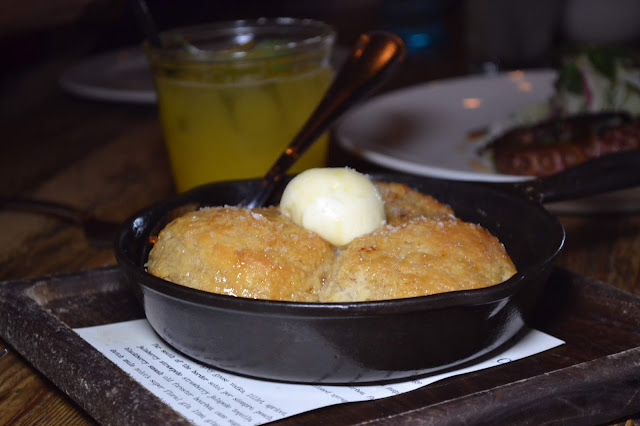 They brought out some fries, octopus, and their bone marrow which is another crowd pleaser (at least with our adventurous group, it is). 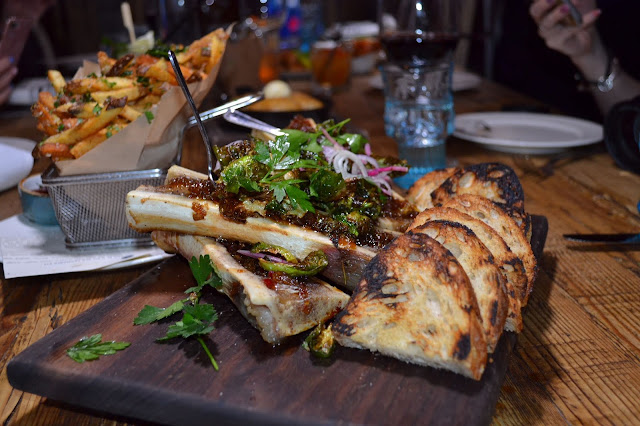 We tried their new melon and shrimp salad which was summery and refreshing! 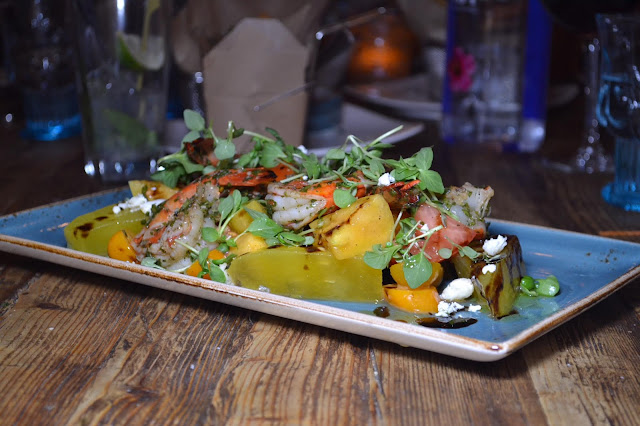 The Whole Beast Feast is such a fun meal to share with a group. You have to order at least 48 hours in advance because it really is the WHOLE BEAST. They brought out the pig (don’t look if you’re squeamish) and then chopped it in the back. The meal comes with four types of delicious sides as well as a variety of cornbread muffins. They’re all amazing!!!! 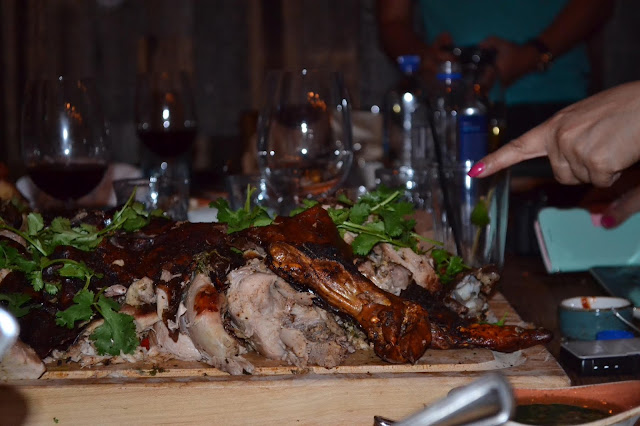 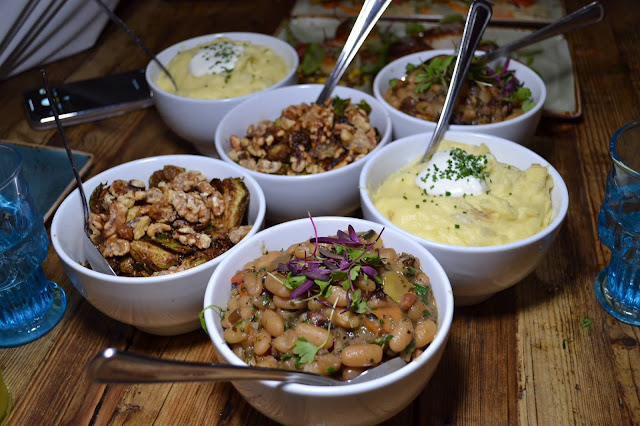 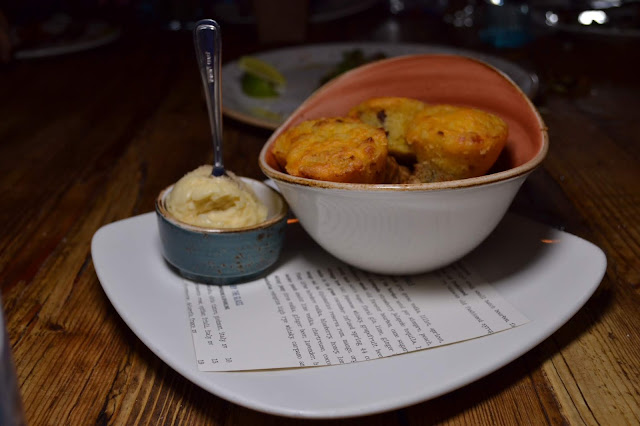 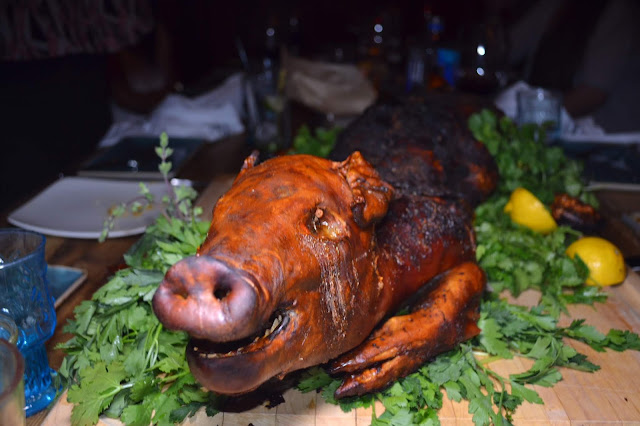 We had a few people in the group with dietary restrictions and Searsucker made sure there was plenty for them to eat. With a gluten free vegan as well as a pescatarian, they brought out a huge cauliflower steak, scallops, and halibut. Everything was delicious and everyone had something plentiful that they could eat. Searsucker really took care of the whole group! 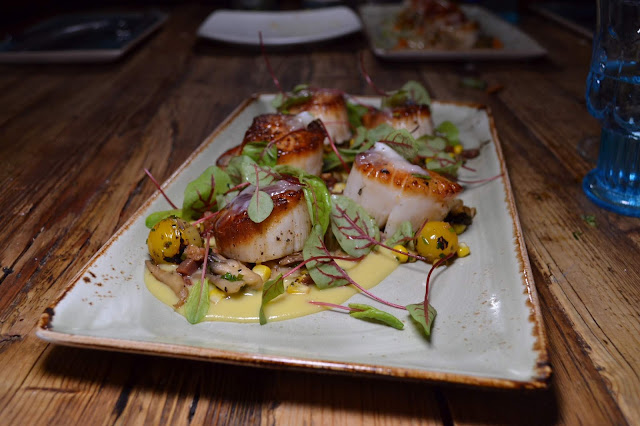 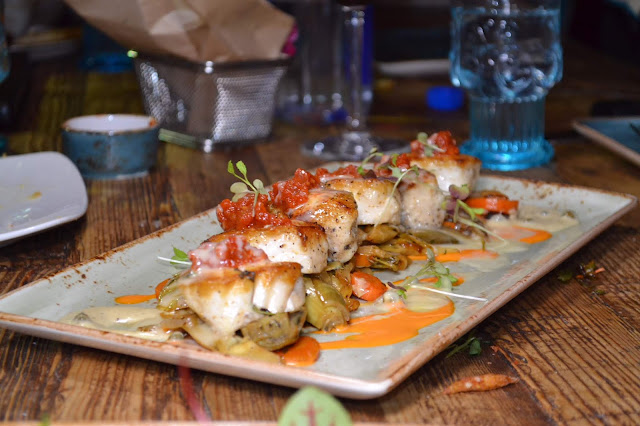 We ended the meal with an assortment of ice cream bars, sorbets, and other goodies. 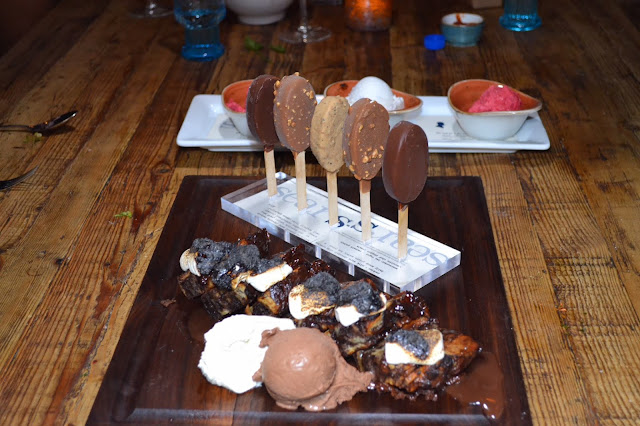 Thank you again, Searsucker, for an amazing and fun summer night out!!! 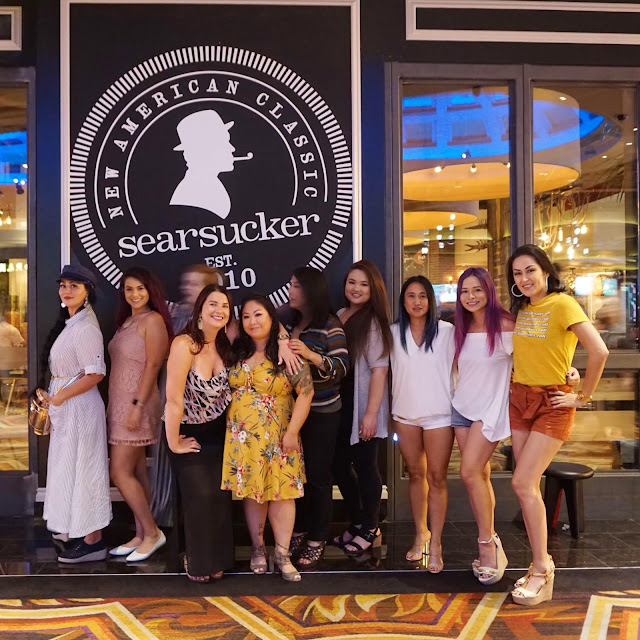